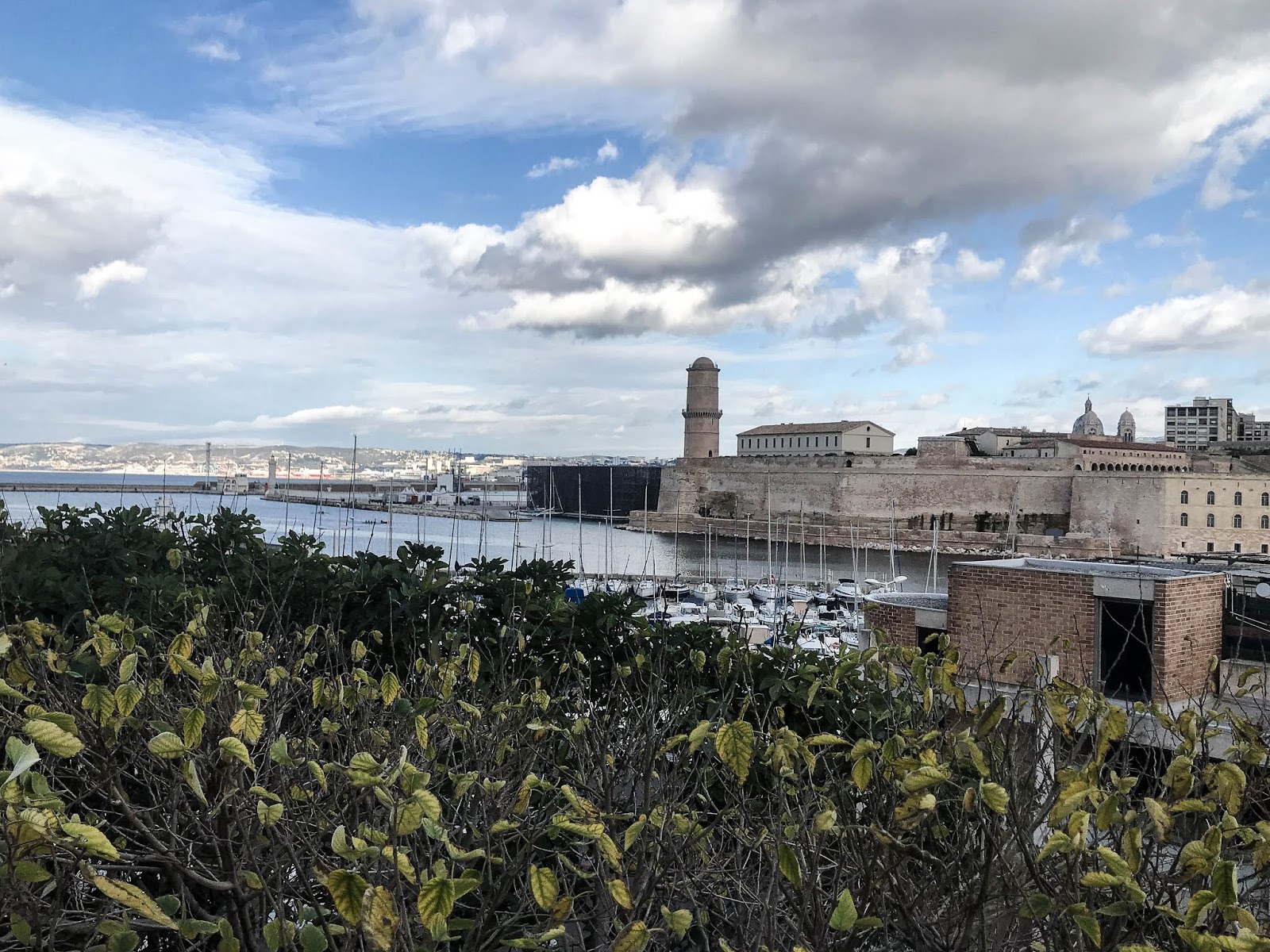 An adventure to the south of France.

I spoke briefly about creating a travel diary for my France trip in my last post and I’m happy to say that I’ve got the first week of travels ready to reiterate and show. I’ve gone back and forth on how to do these posts because I have no issue coping to the fact that I am not a travel blogger, nor do I try to be and so I decided that just a simple recounting of my experiences and opinions on said experiences would be the best way to go. Plus, I wanted to share the onslaught on photos I’ve taken over the last week. Granted, I definitely could have taken more photos and I am going to make a conscious effort to do so for the next two weeks, but these are what I have to far!

I started my trip on November 22nd and since I’m American, that meant leaving on Thanksgiving. Thanksgiving, I’ve now learned is the best day to travel on and I can vouch for that because there was literally no one in the airport. I had a super easy flight with an empty seat next to me — can you say luxury — and while only got about an hour of sleep, I didn’t feel as terrible as I was expecting. I landed at the Brussels airport at about 6 am and proceeded to grab a muffin at Starbucks and take a nap on a surprisingly comfortable couch. My next flight took me to Marseille, where I landed at around 1 pm and by some miracle, managed to make it to my hotel with only minor struggling. It should be duly noted that I was doing this leg of the trip by myself and I speak French at the level of a very stupid six-year-old. Once I got to my hotel, I made the amateur mistake of getting comfortable in my bed and managed to convince myself to spend the night in. I UbersEats a super disgusting pizza and forced myself to watch Netflix so I would be able to beat jetlag. In hindsight, this was a terrible plan and I fell asleep at 8 pm, only to awaken at midnight feeling thoroughly rested and a bit confused. I spent the next two hours trying to fall asleep and finally managed too.

The next day I used as an opportunity to get my “France legs”. I went out and explored Marseille’s shopping lanes, and was greeted with hordes of people partaking in Black Friday. I was quite confused because Black Friday in the US only lasts a day but apparently in Marseille, it lasts the whole weekend. I did the unthinkable and didn’t purchase anything (please contain your shock) but I did enjoy the fresh air and bustling crowd. After a nightmare of trying to get an Uber out of town — it took 5 different attempts — I made my way back to my hotel and feasted on a delicious shrimp linguini. The next morning I checked out of my hotel and made my way back to the airport, where I met up with my school group and departed for the second leg of my trip: Lacoste. 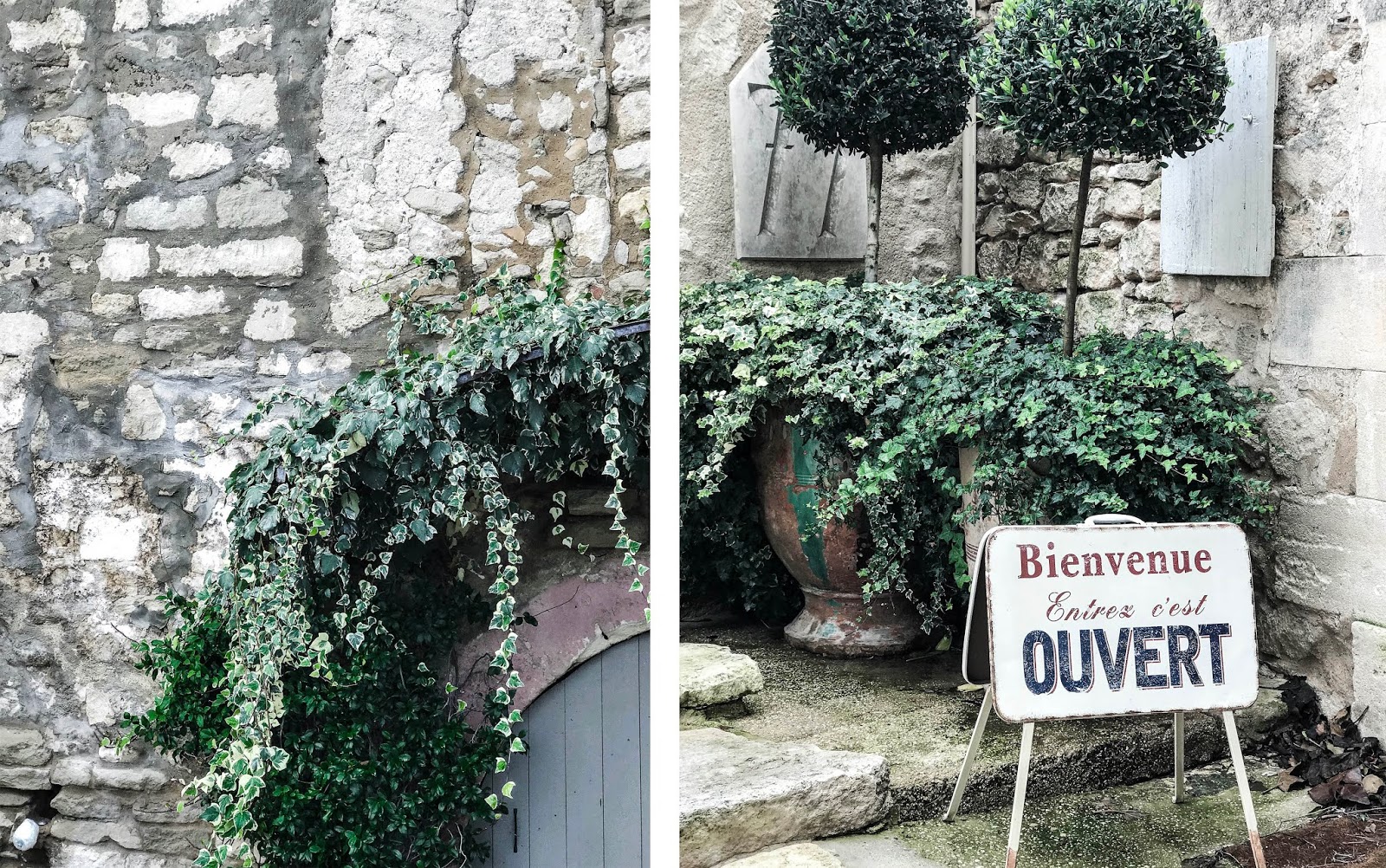 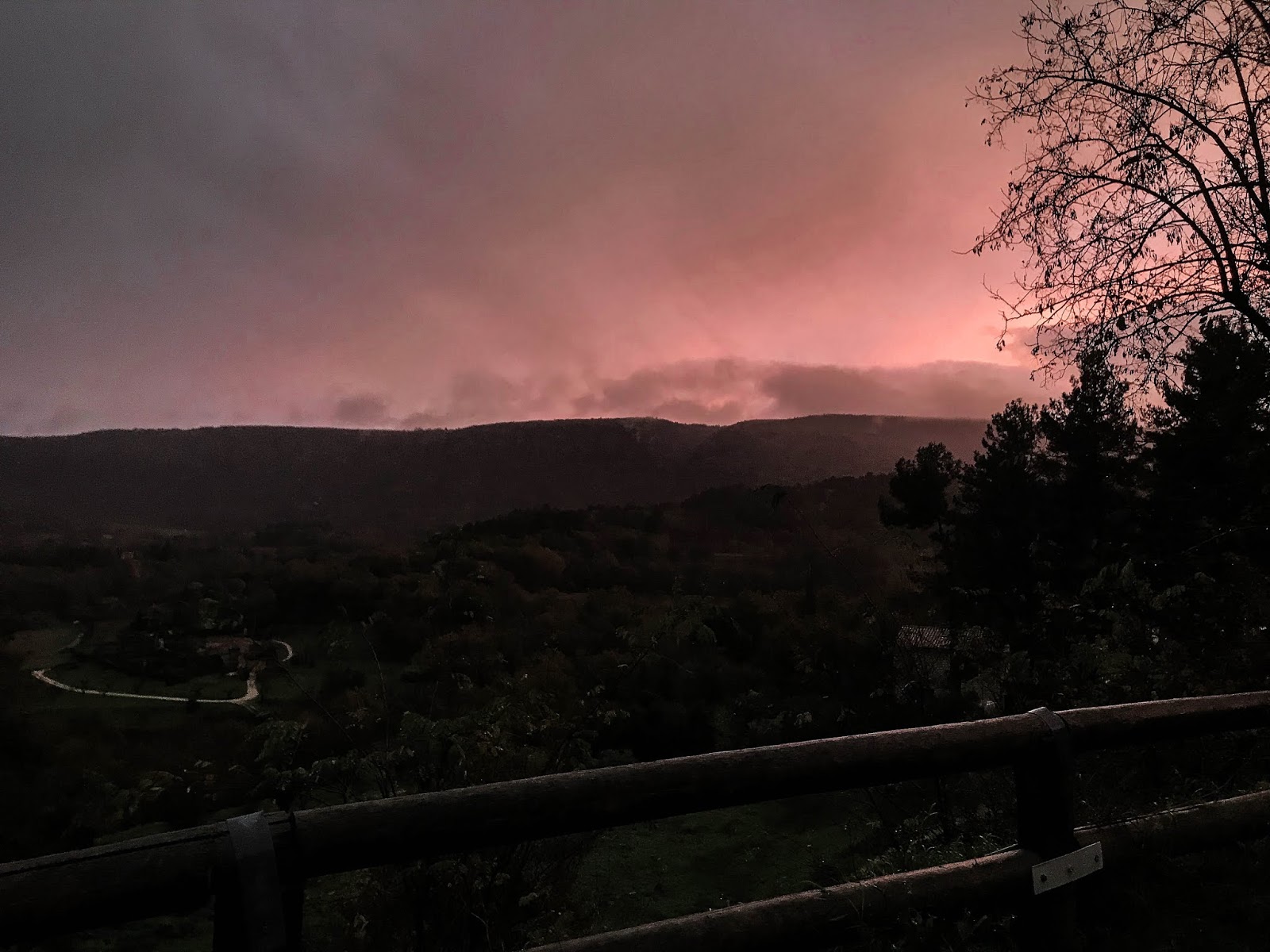 Lacoste
A bit of context: my college has a campus is Lacoste, France that offers rotational terms. Different majors go for ten weeks, four times a year and while it is an opportunity offered to all students, I knew I wasn’t going to be able to participate in a full term because of outside factors. I was super disappointed when I realized I wasn’t going to be able to study abroad in Lacoste, but it just so happened that planets aligned and I found my way there. I’m currently participating in a three-week study abroad program focused on fragrance, in which about a week and a half are spent in the Lacoste campus.

About an hour and a half after our Marseille departure, we arrived in Lacoste just in time to see the sunset. We then started the trek (and when I say trek, I’m not kidding) up to the top of the village, where our dorms are. I had no previous knowledge concerning Lacoste before I arrived. I didn’t know anything about its history, its current state or even what it looked like. I’m not sure what I was expecting but the medieval village we ended up in wasn’t anywhere in my frame of imagination. The village itself has some buildings dating back to the 12th century, and many of its construction are courtesy of Roman expansion. The entire structure of the village is made of stone, truly giving it a “back in time” feel. 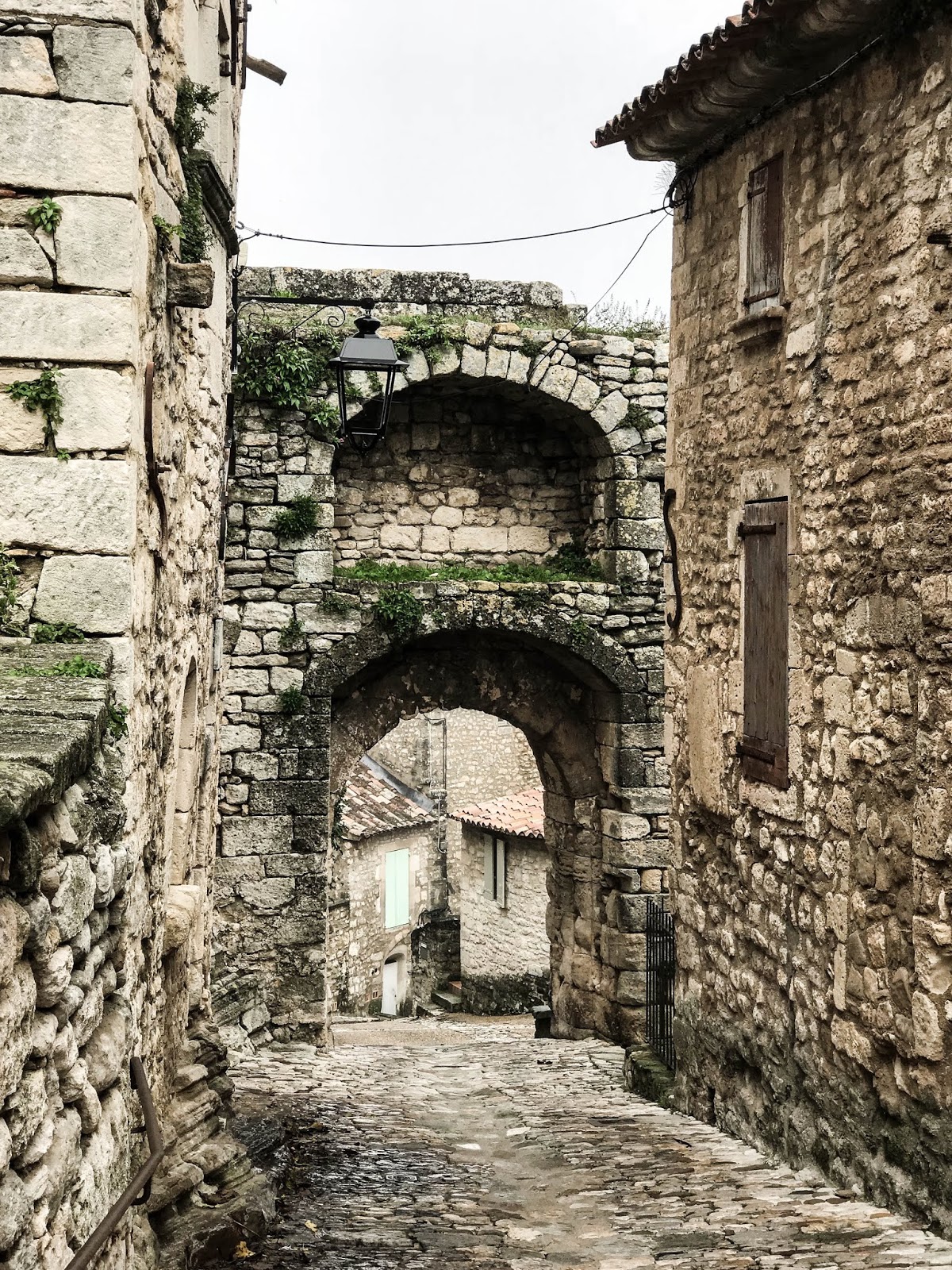 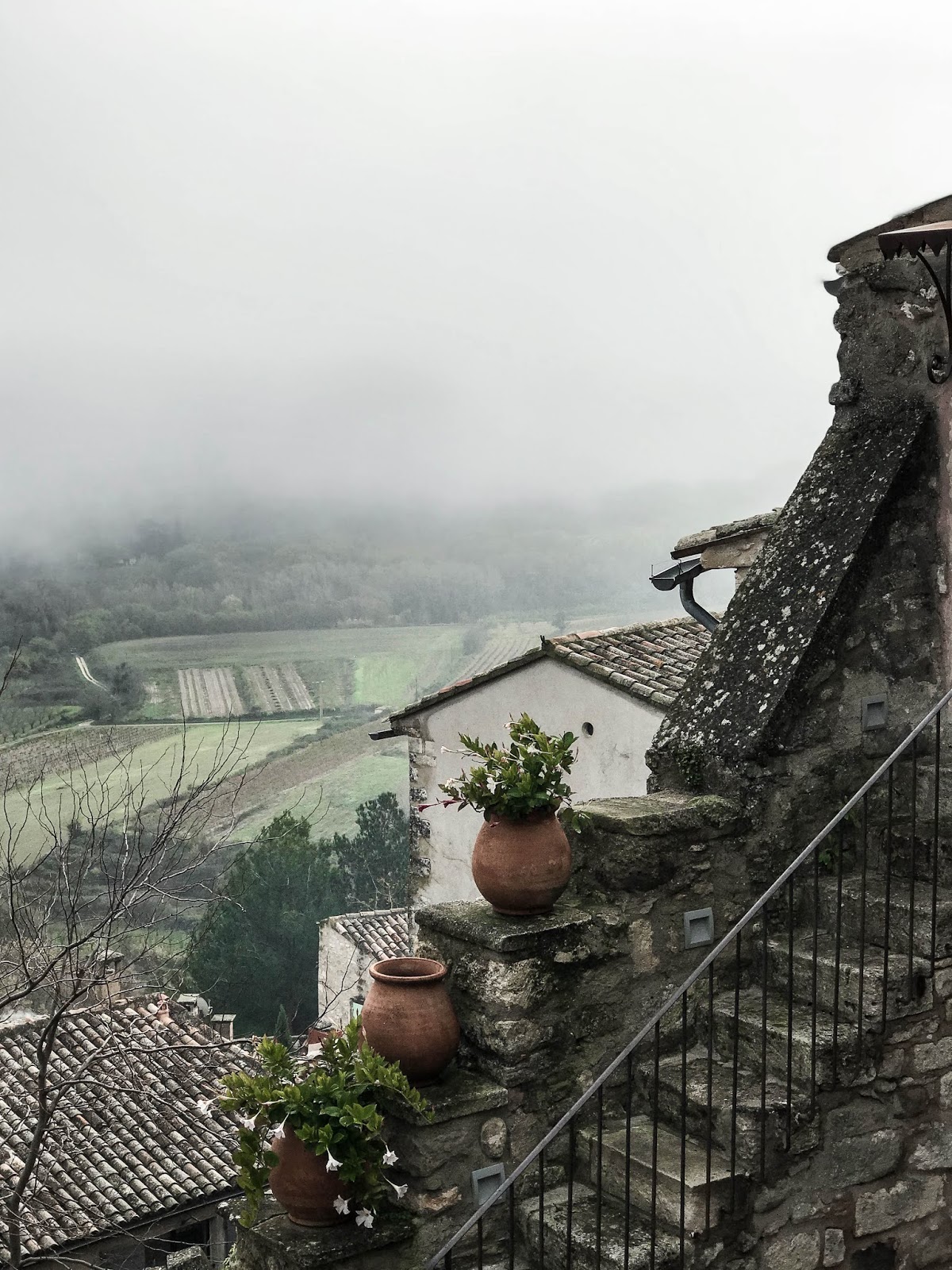 It was here in Lacoste that we studied for the next week, learning all about the different facets of the fragrance industry. A typical day was an 8am breakfast of croissants with Nutella and jam, a bowl of French chocolate puff cereal (I’m forever a child when it comes to breakfast) and some fried eggs. At 9, we ventured down the little mountain to the building that held our classrooms and there we smelled, listened and learned until 12:30, when we would be driven back up the mountain for lunch. SOmething I learned very quickly in this trip is the French don’t believe in snacking so when a meal was offered, it was always better to eat more than you thought you should. Back down the mountain, we would go again at 2pm, and we would continue our work until for as long as needed — it usually took well into the early evening — after which we would return to the dorms for a nap and then dinner around 6:30pm. After that schedule for almost a week, I was itching for a change of pace. Thankfully,  my prayers were answered and we took a field trip one afternoon to the Musée De La Lavande. 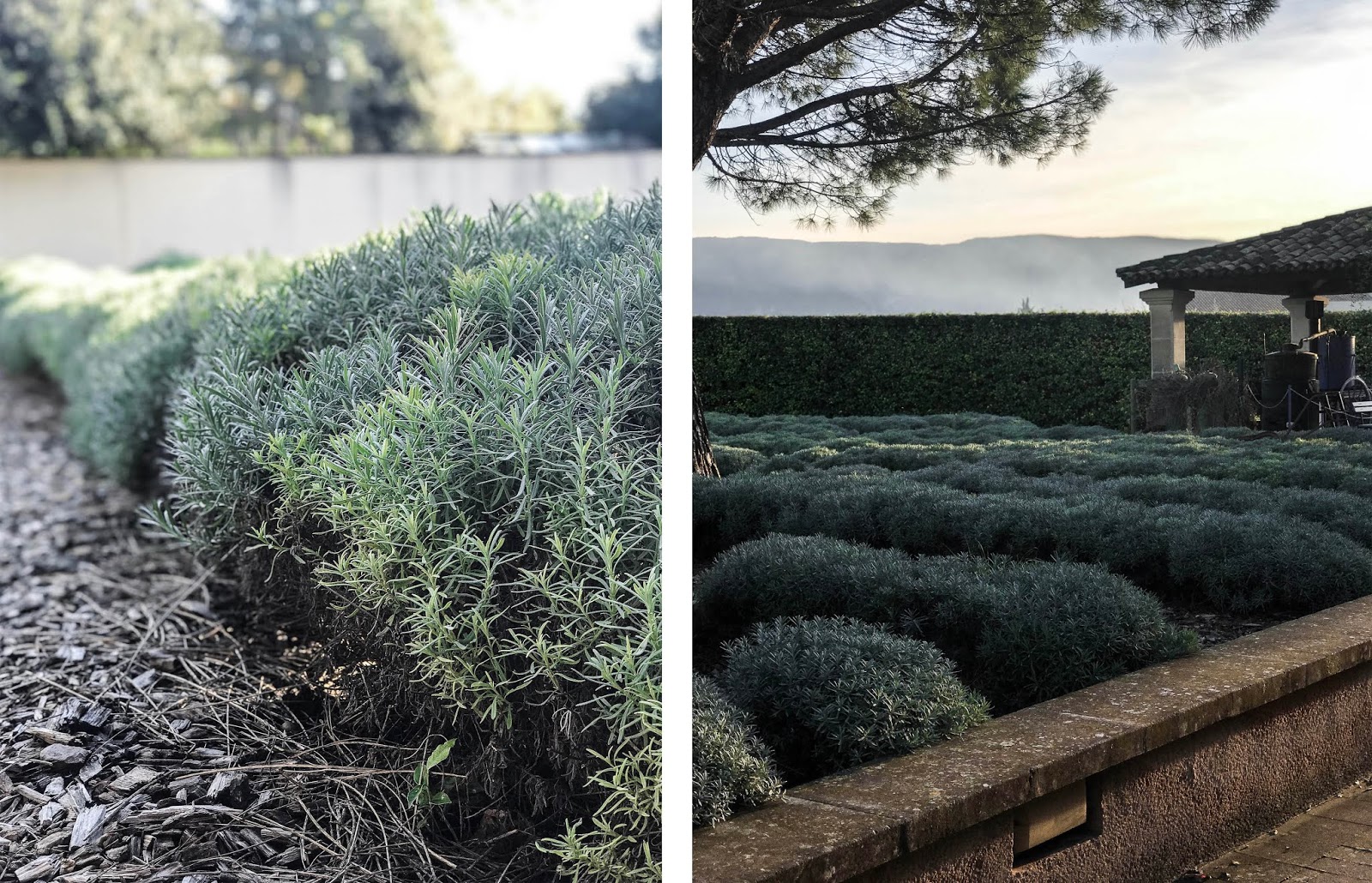 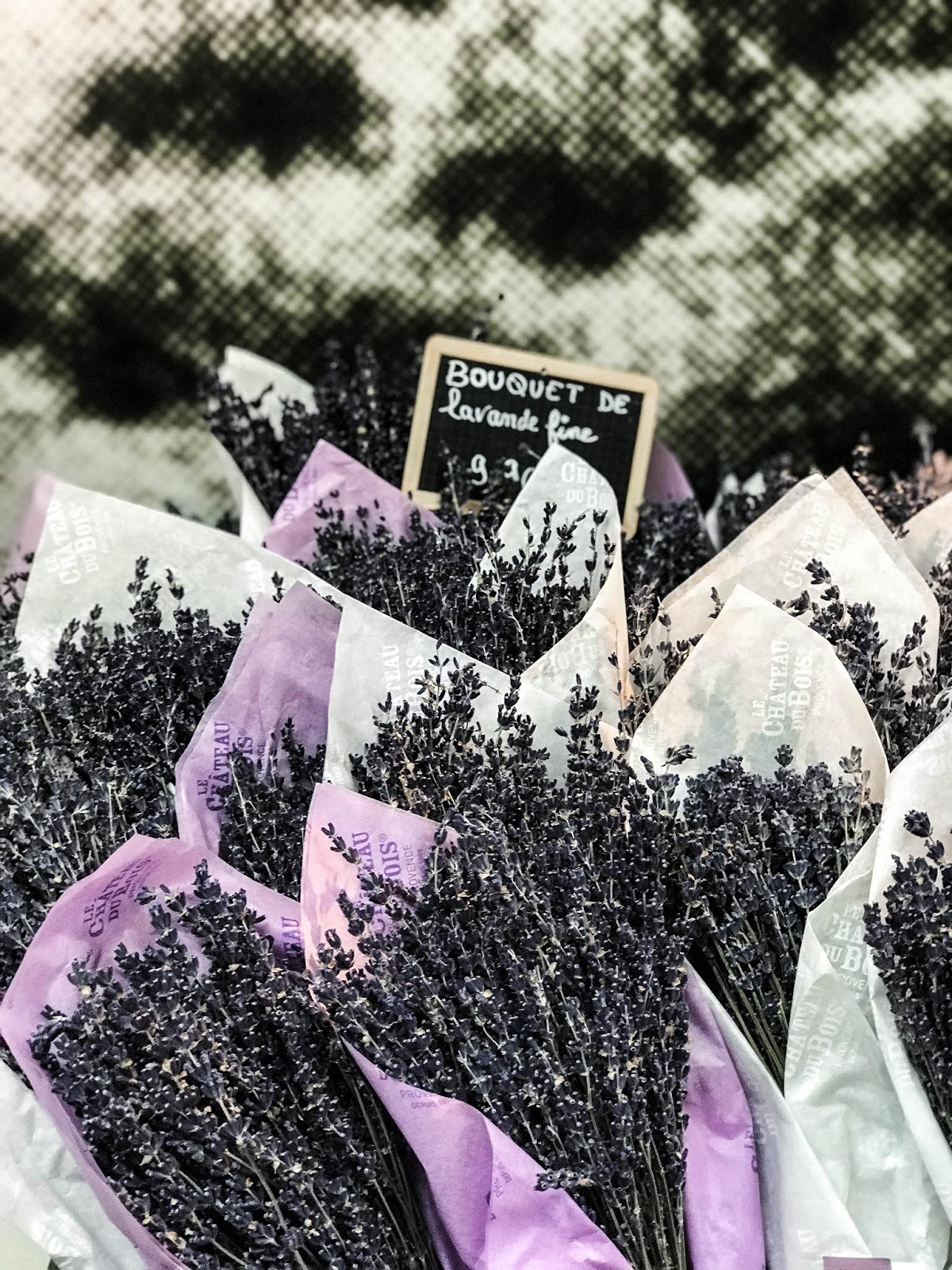 While we are visiting Lacoste during its offseason, it doesn’t mean it’s any less beautiful but it does mean that we don’t get to see the famous lavender fields in bloom. With this thought in mind, I was a bit wary of what experience would be waiting for us when we arrived in the museum, but I was pleasantly surprised to find that my skepticism wasn’t necessary. The museum experience felt complete even without the blooming fields and I won’t even start on the gift shop. All you need to know is I spent more money than I probably should have. Chalk it up to Christmas shopping, right. The museum wasn’t the only field trip we took, as a weekend excursion we made our way to Apt, a neighboring town and to the Fountaine du Vaucluse. Apt is home to the longest standing street market in Europe (so I’ve been told) and to say I was beyond excited to check out some stalls and buy some organic and homemade things (that I 100% didn’t need) is an understatement. Spoiler: ’twas soap heaven. 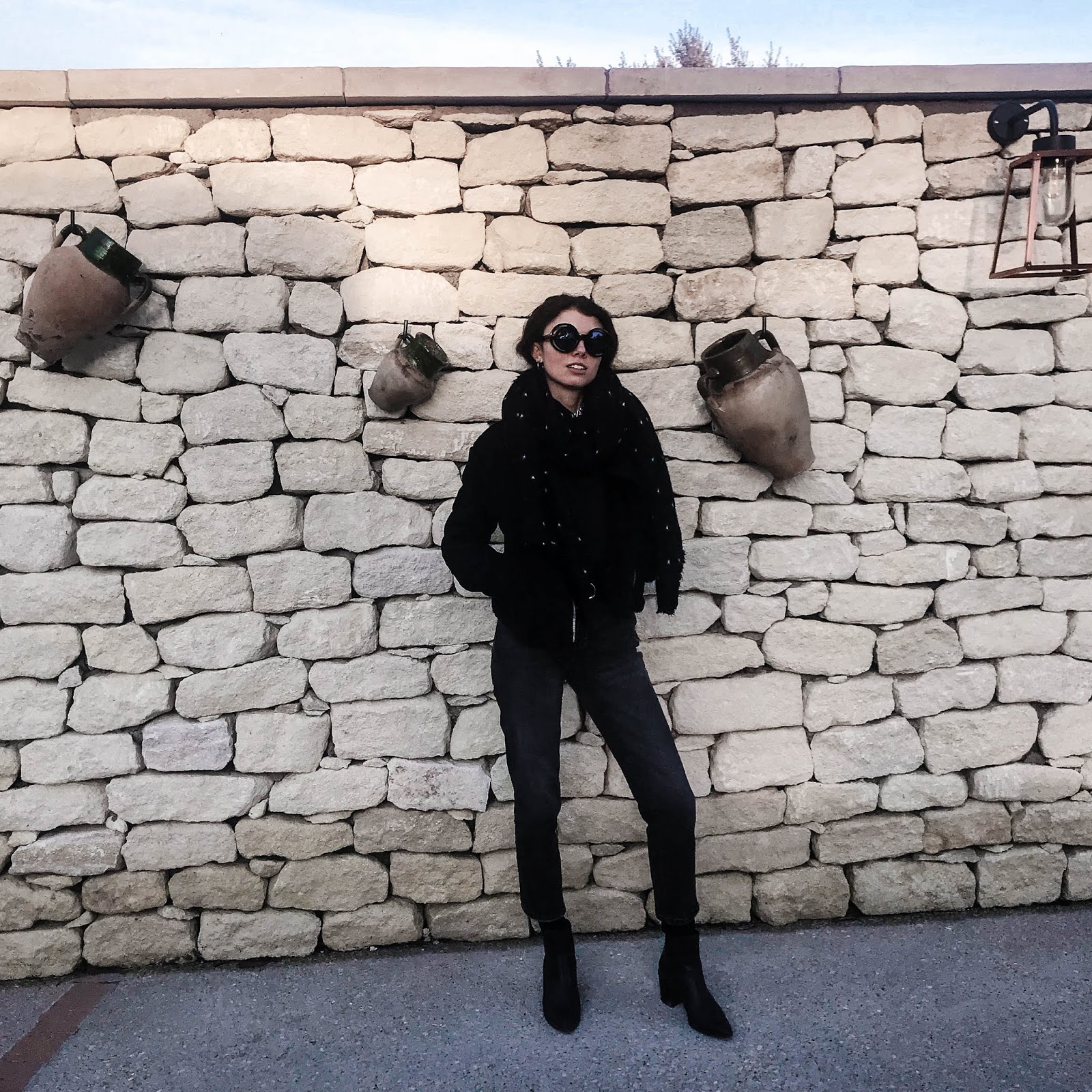 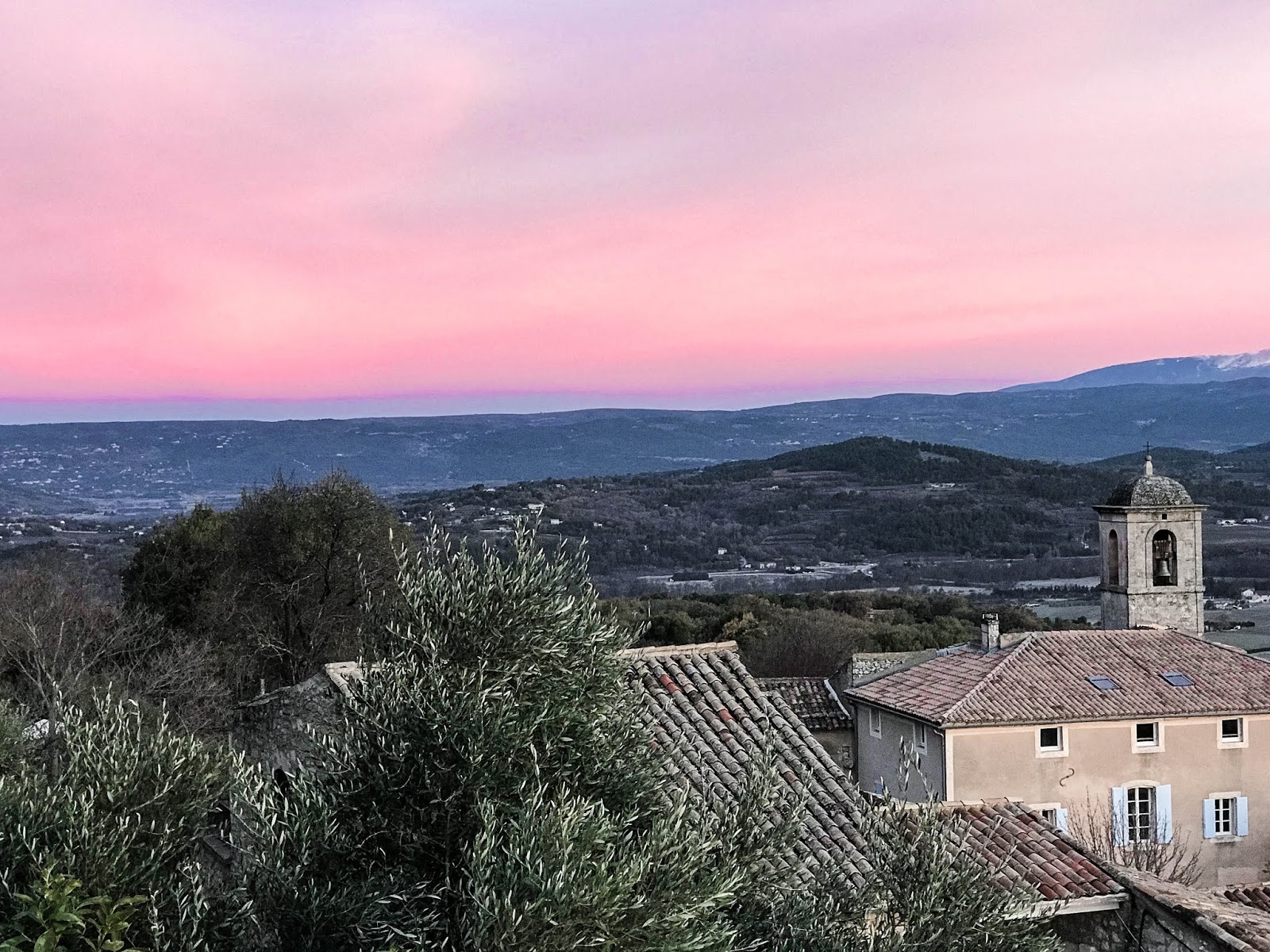 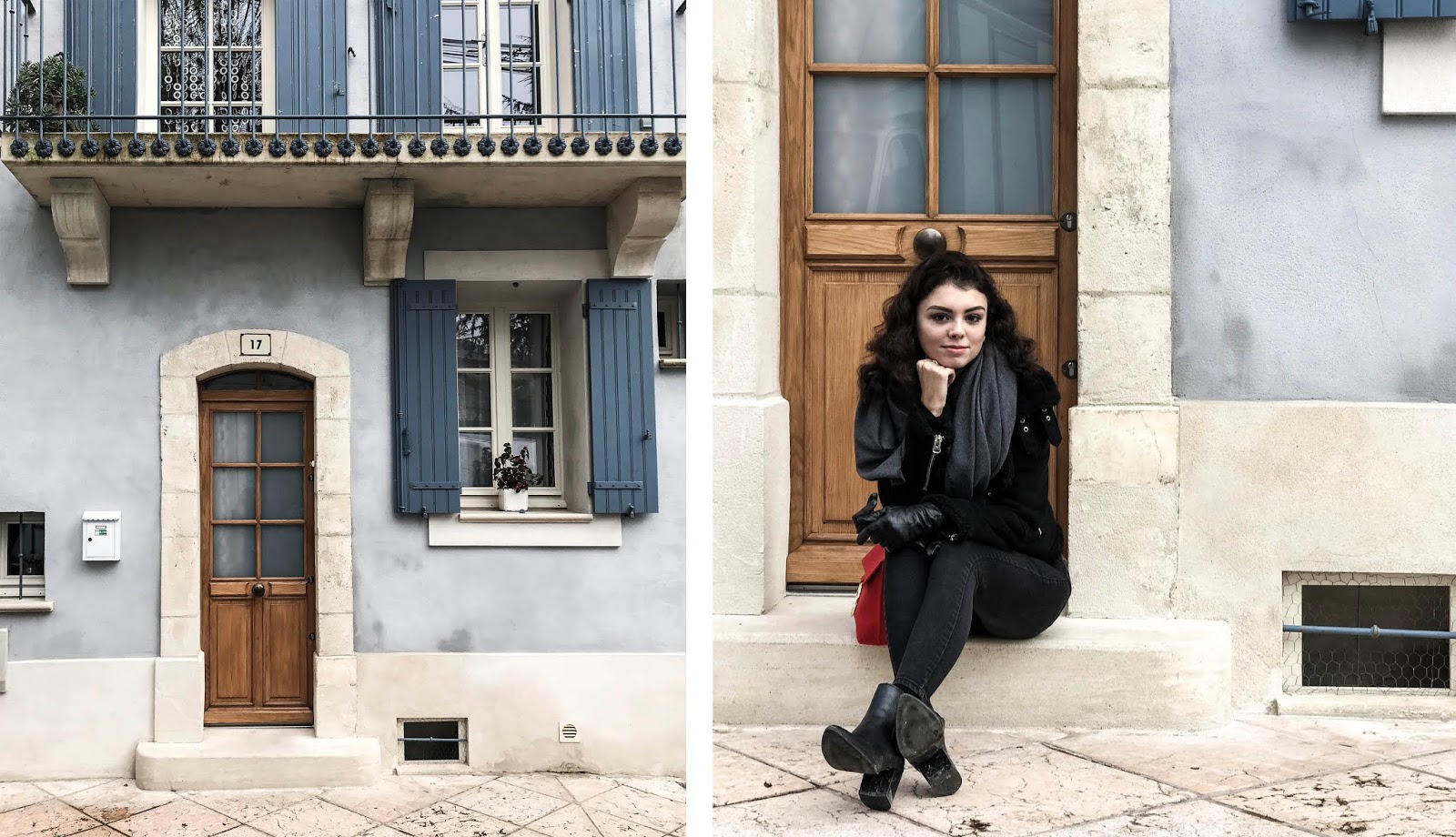 I never imagined that a field trip to tiny towns in the south of France could fulfill so many different aspects of my soul but it did and I was living for it. I’m such a nerd for a cute little town that has some stunning architecture and a character-filled coffee shop with some salivation-worthy pastries so Apt was just my cup of tea. After wandering the market and sniffing soap for much longer than socially suitable, my group and decided that a snack was a necessity and thus ensued the search for an aesthetic gold mine. By complete accident — which is always how the best things happen, lbr —  we found a coffee shop about the size of a cupboard that served some damn good looking sweets and a hot chocolate that warmed all of my frozen appendages. 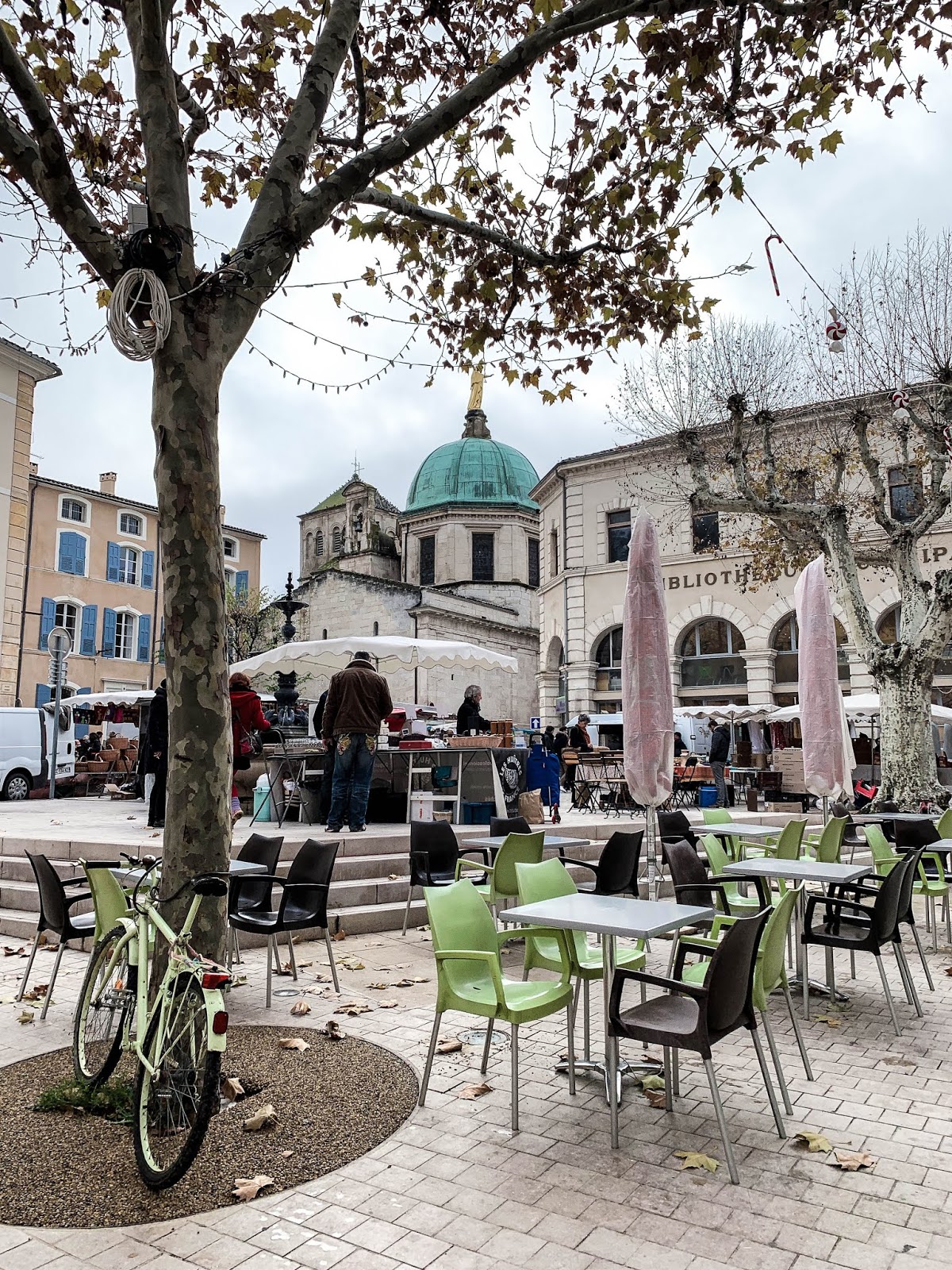 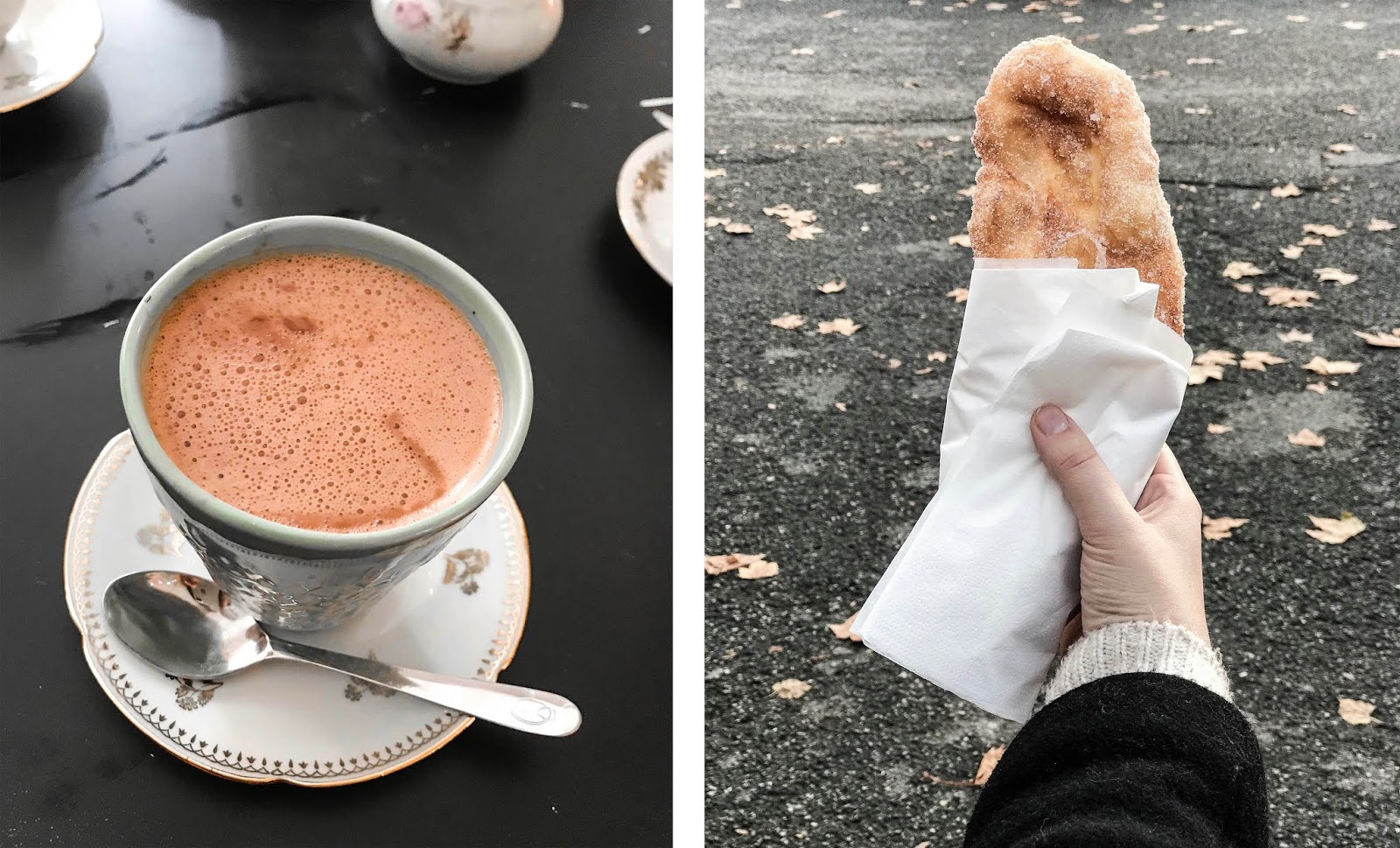 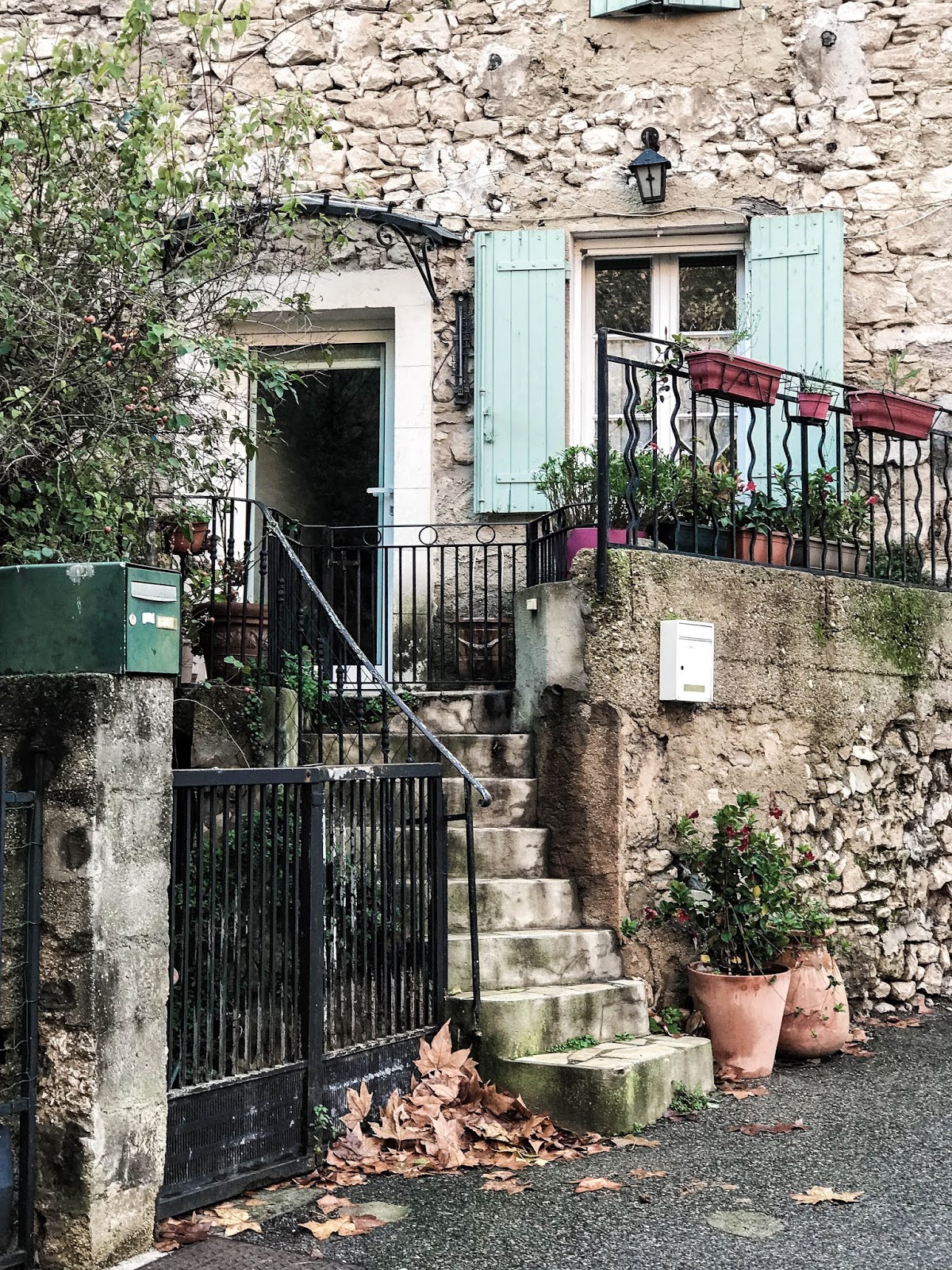 We continued trudging through the cobbled streets of the market well through lunch, during which a sandwich from a street vendor reaffirmed my love for food sold out of trucks, and then my group and I boarded a bus and headed to Fontaine de Vaucluse. Now, remember that I was visiting during the dead of winter so must everything was closed, but what I did get to see was absolutely lovely. There was a sweet little Christmas market, a local selling what I assumed was the French version of a churro (anything that delicious must be otherworldly) and a few crepe stores that I had to be forcibly dragged out of. What can I say, if I could eat my way through France, I would.

Pushing past all of that and by that I mean it took a ten-minute treck up a slippery rock slope, we reached the water rapids. Fontaine de Vaucluse is home to a massive spring that feeds water through parts of Provance. I used the super vague term massive because our guide told us that no one has ever been able to figure out just how deep the spring actually goes. That simultaneously blows my mind and gives me anxiety. Apart from admiring the rushing water that was bluer than anything I’ve ever seen and fighting the whispering voice inside my head that wanted me to jump in and find out how deep it went even though I don’t swim, I kept true to my nature and visited the few shops that were open. 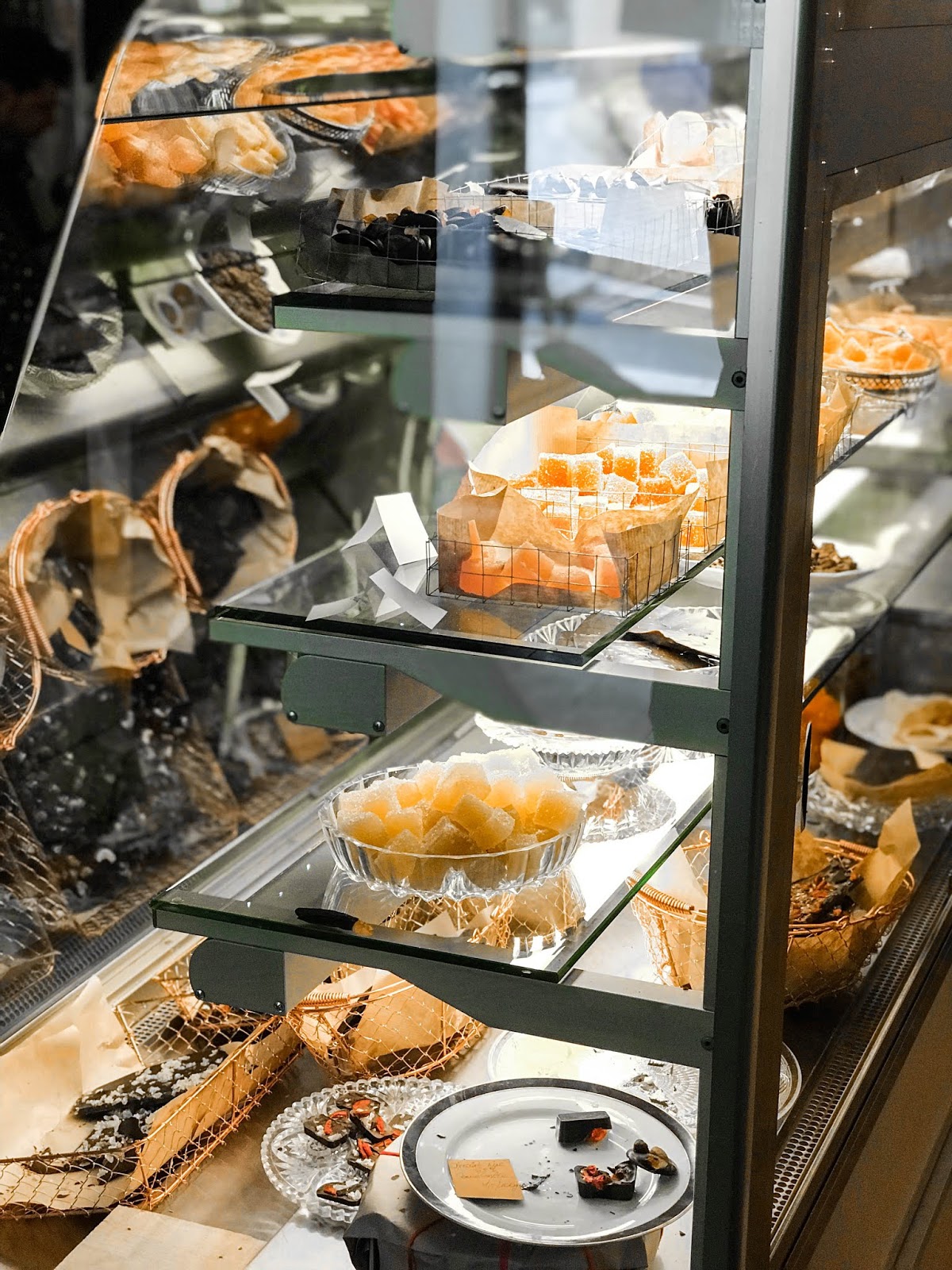 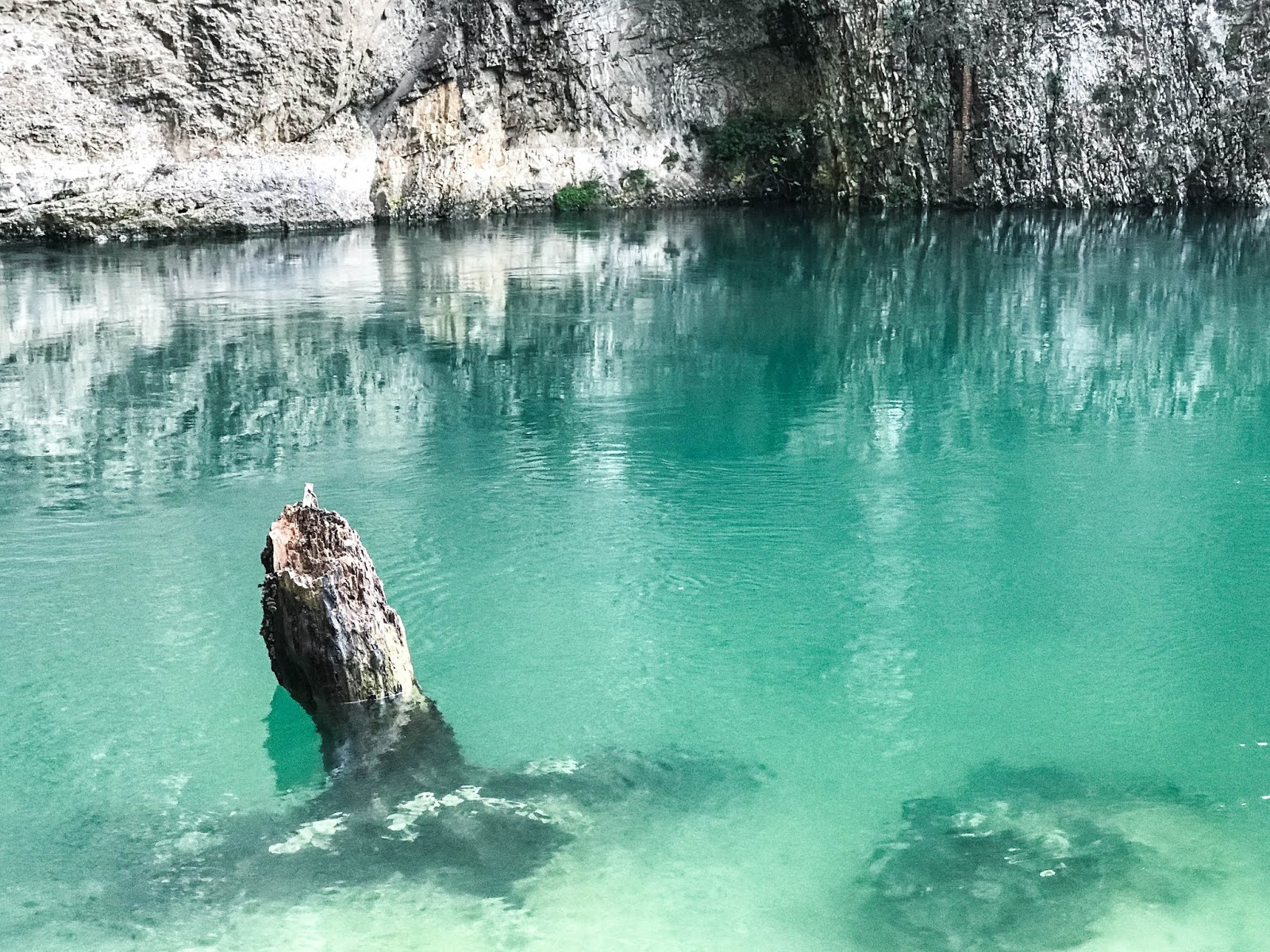 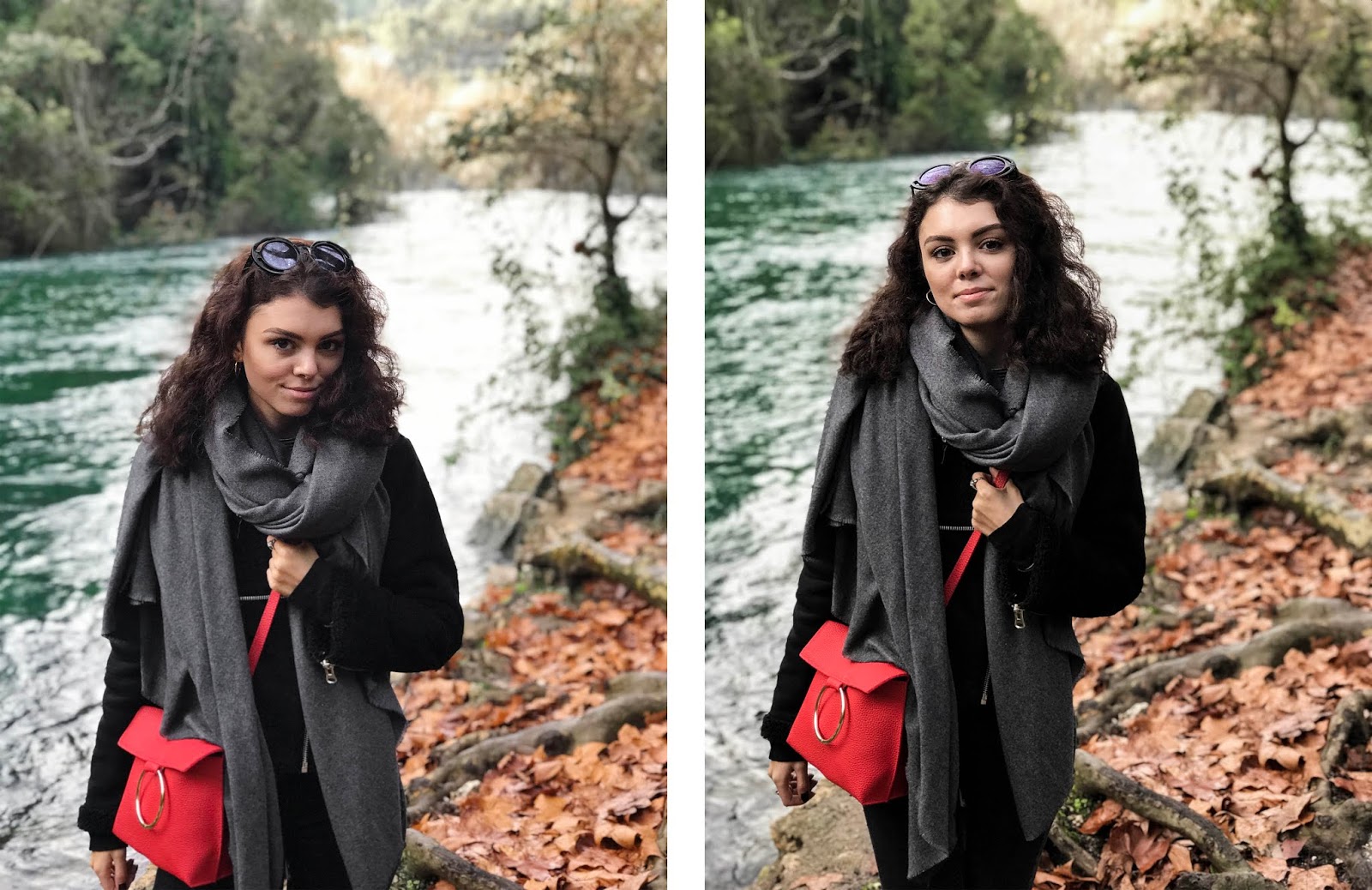 That concludes the first week of my France adventure! Moving away from the storytelling and more in admin, it’s taken me an absolute eternity to write this piece but hopefully, the rest of the series (two parts to go kiddos) will both be up by the end of the week. After those, keep an eye out for some changes coming, I currently have no concrete idea of what they’re going to be, but they’re coming. Brace yourselves.