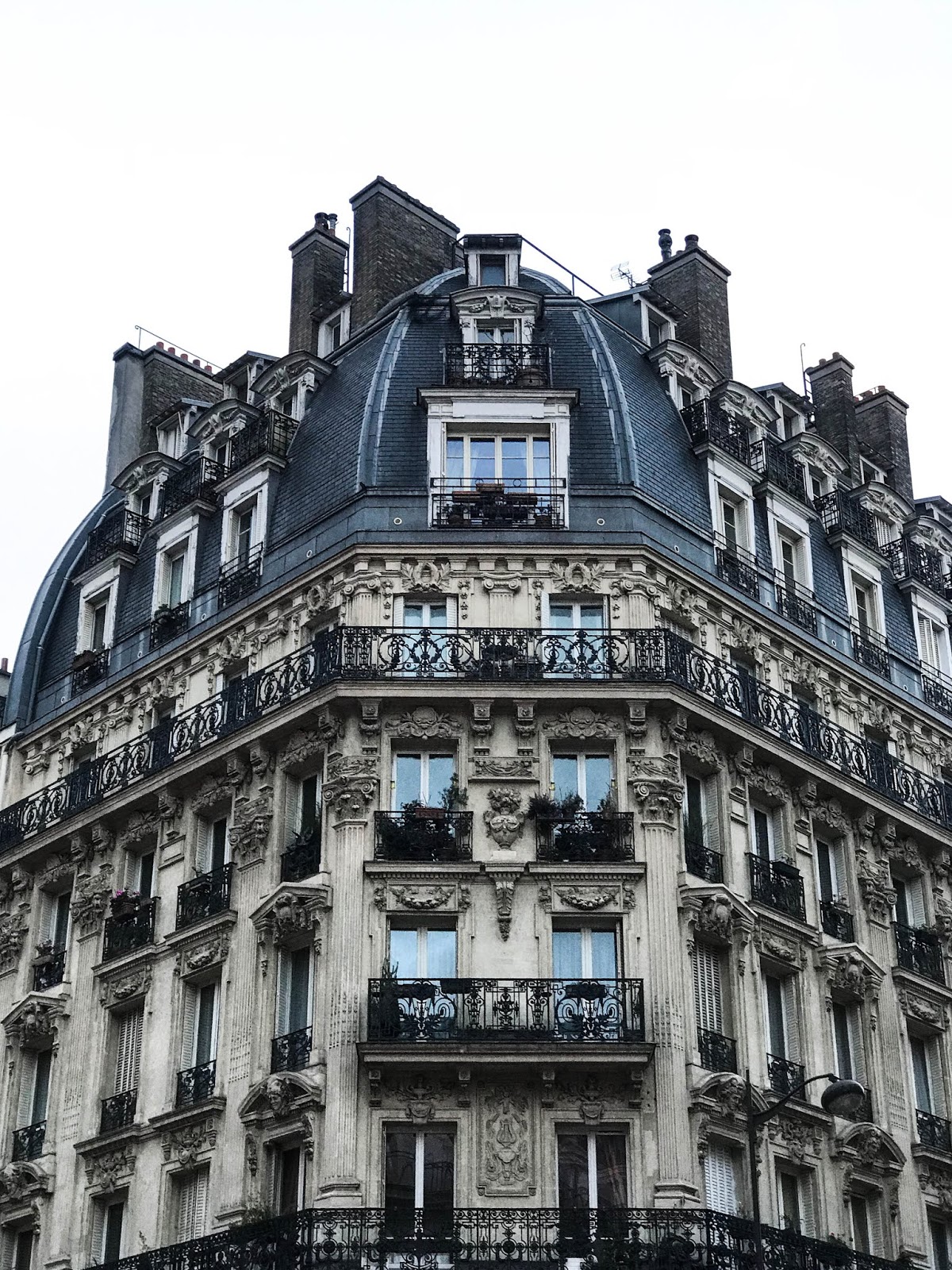 The last week of my French adventure started with the train journey from hell. We took the TGV from Avignon to Paris and the journey itself was fine but the actual act of getting on and off the train with our luggage, I was about ready to rip my thumbs off in pure frustration. I didn’t even have that much luggage, especially in comparison to some others in my group, but it’s like whoever designed the TGV didn’t account for the possibility that someone might need to bring large suitcases on board, and they especially didn’t account for large groups doing so. Maybe it’s our fault, possibly we should have known that large luggage was a misstep, but I only had a carry-on suitcase and a moderately sized duffle and I was still riding the struggle bus hard. Or should I say train? (Please don’t stop reading).

Once we arrived in Paris and managed to get all of our possessions to the hotel –bless Uber Vans– my roommate and I decided to break off from the group and explore the neighborhood we were in. We were staying in the Latin Quarter, which was new to me because the last time I was in Paris, I was in the Opera Quarter and I didn’t really venture into the Latin Quarter barring the touristy excursion to Shakespeare & Company. I quite enjoyed the Latin Quarter because it housed a lot of nice restaurants that weren’t ridiculously expensive and a multitude of cute coffee shops that were populated by students and artists. Such a vibe. 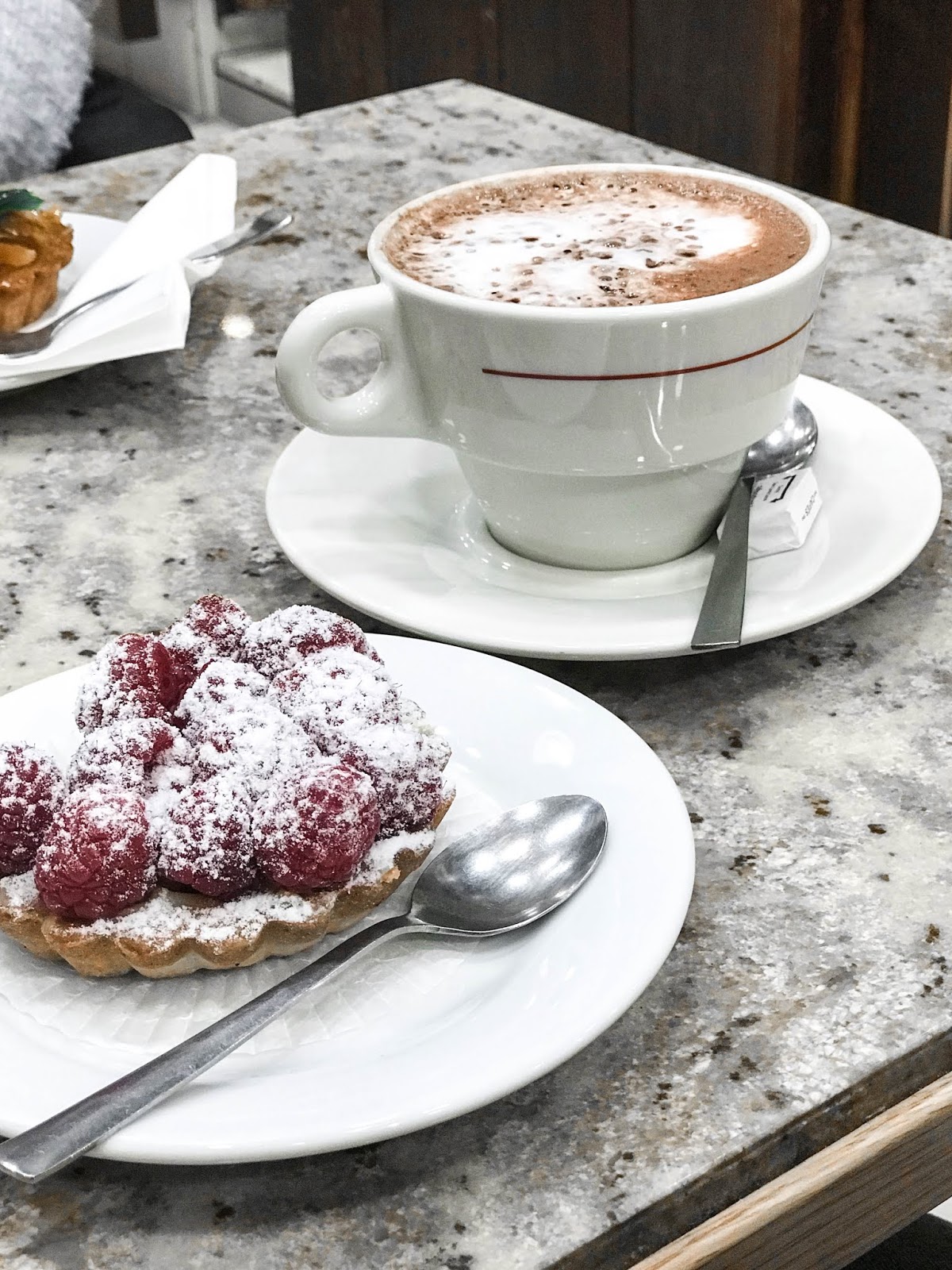 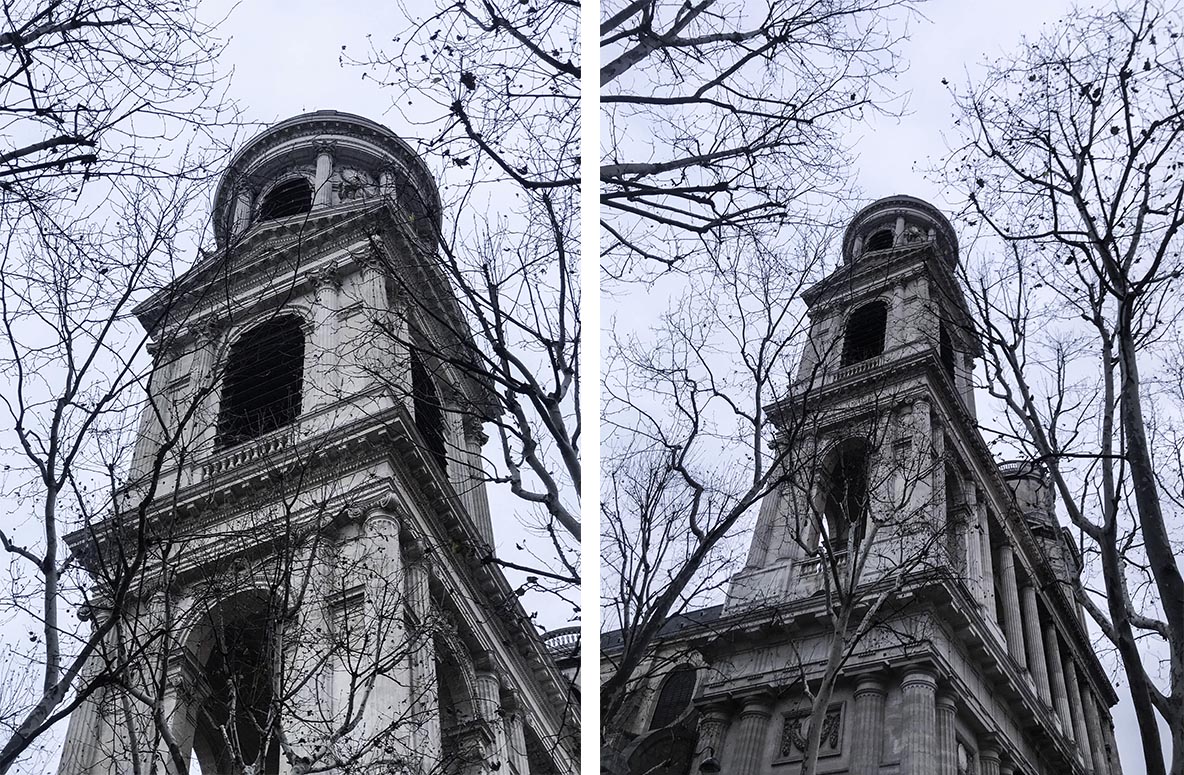 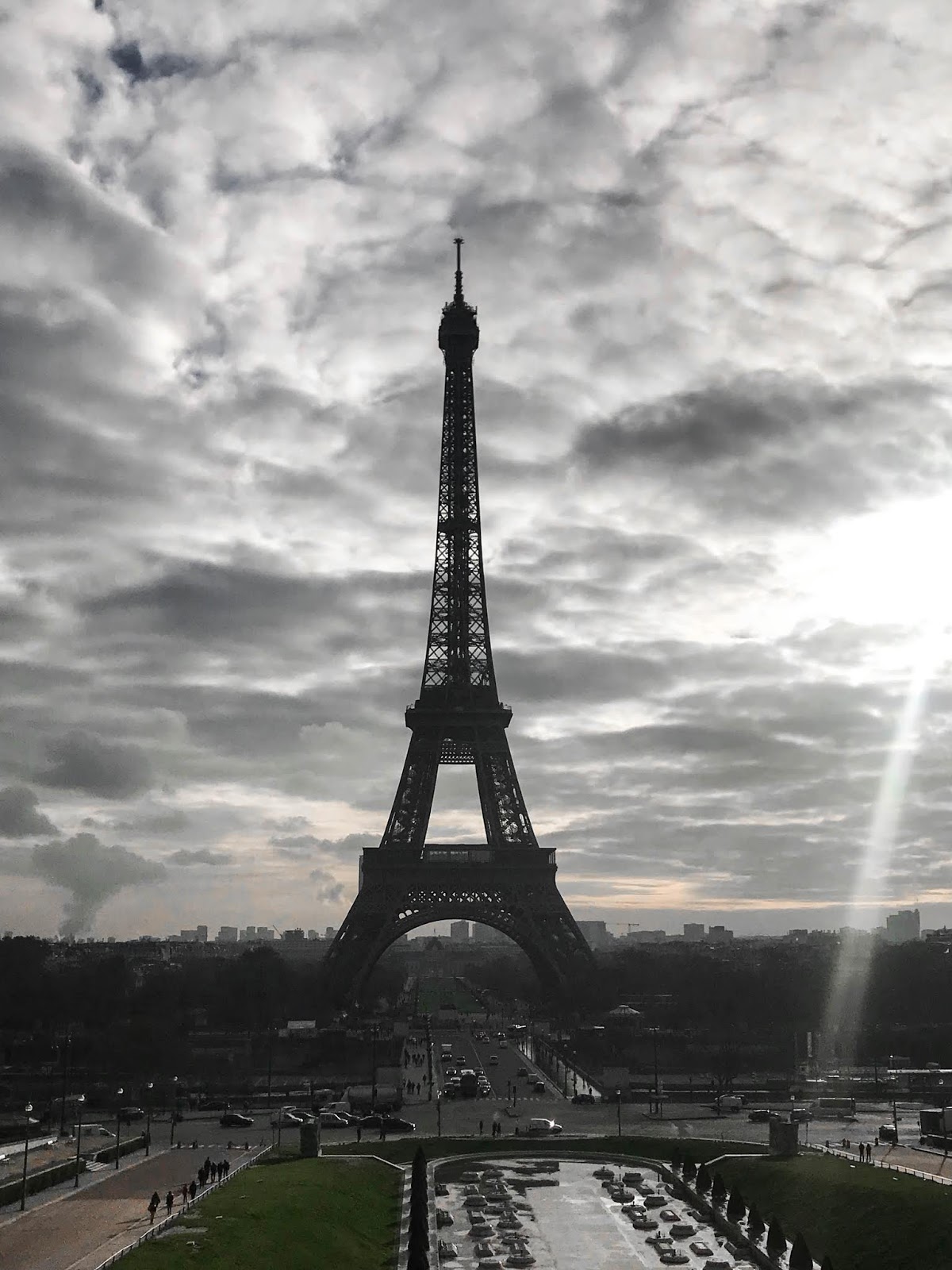 The second day in Paris was a bit more touristy which I usually try to steer away from (unless it’s museums, museums are my jam) but when in Paris, let’s be real you have to do some of the touristy things. It would be criminal not to. We made our way to the Eiffel Tower, took the stereotypical snaps, and groaned over the fact that in said snaps everything was backlit so it looks a tad janky. From the Eiffel Tower, we visited the Yves Saint Laurent Museum which I hadn’t been to before but is officially on my recommendation list for anyone remotely interested in luxury beauty or fashion. The exhibits were just stunning. After the museum, we spent time walking around and paid a visit to a number of high-end perfume shops and luxury distributors. 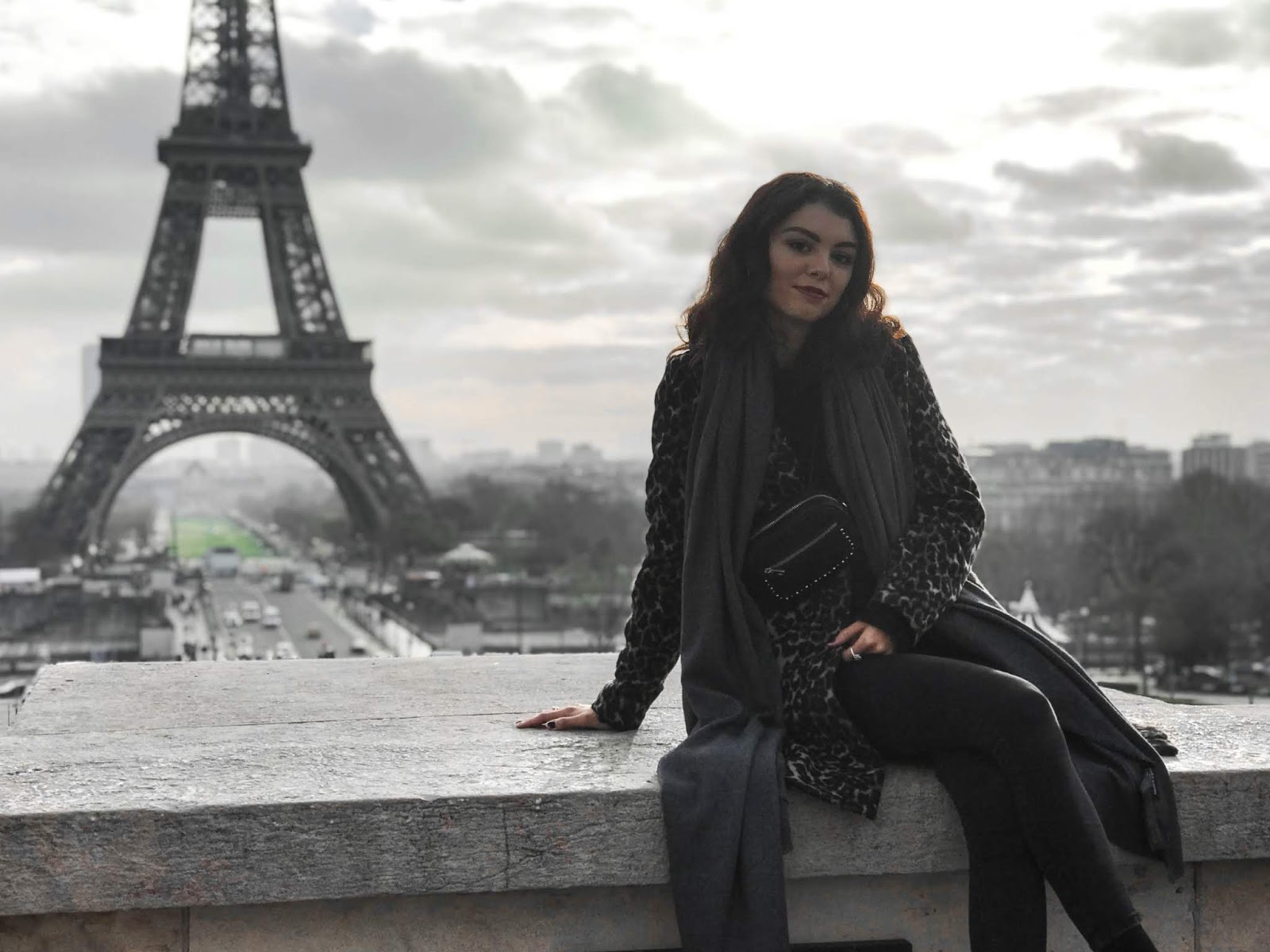 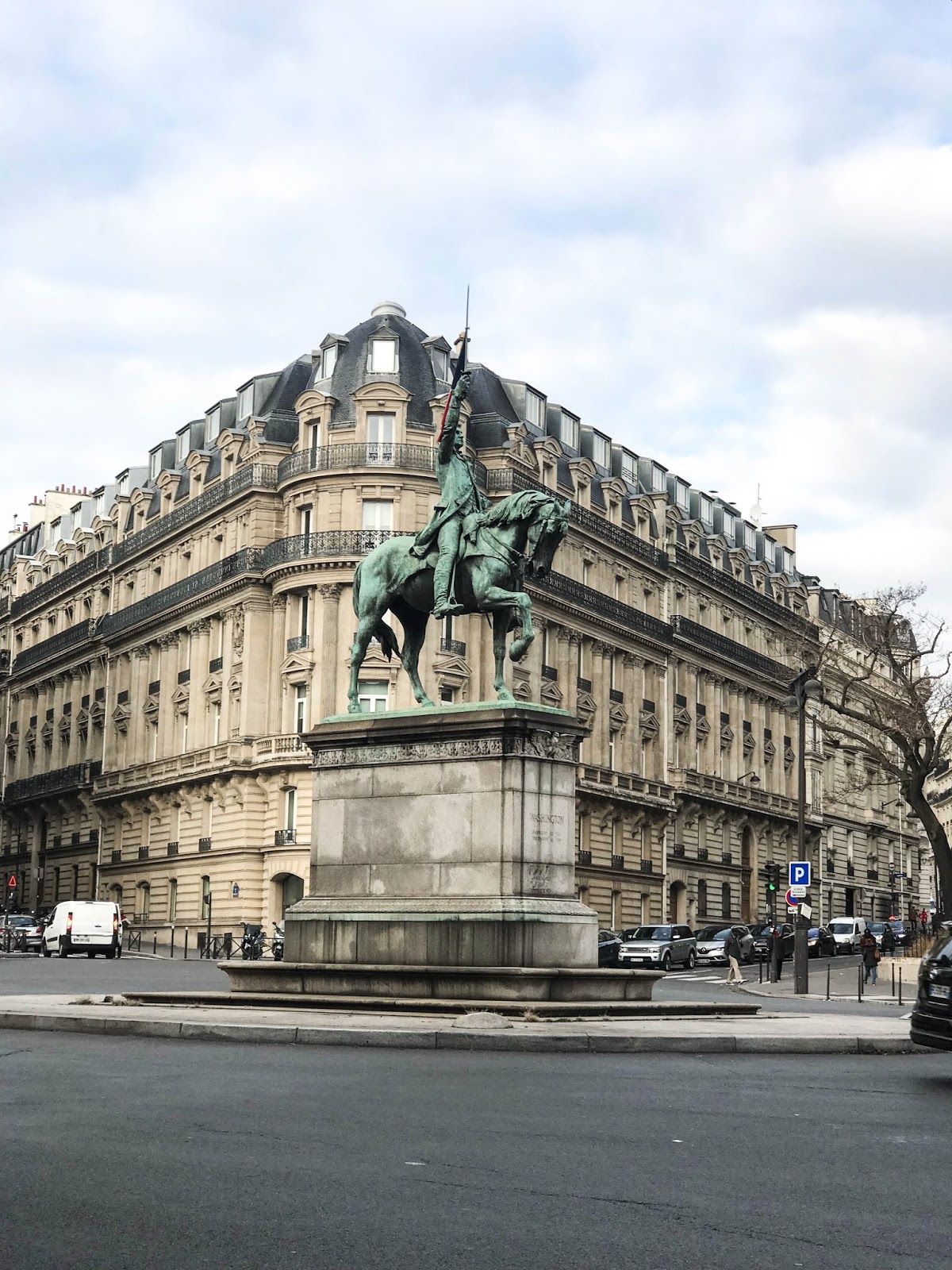 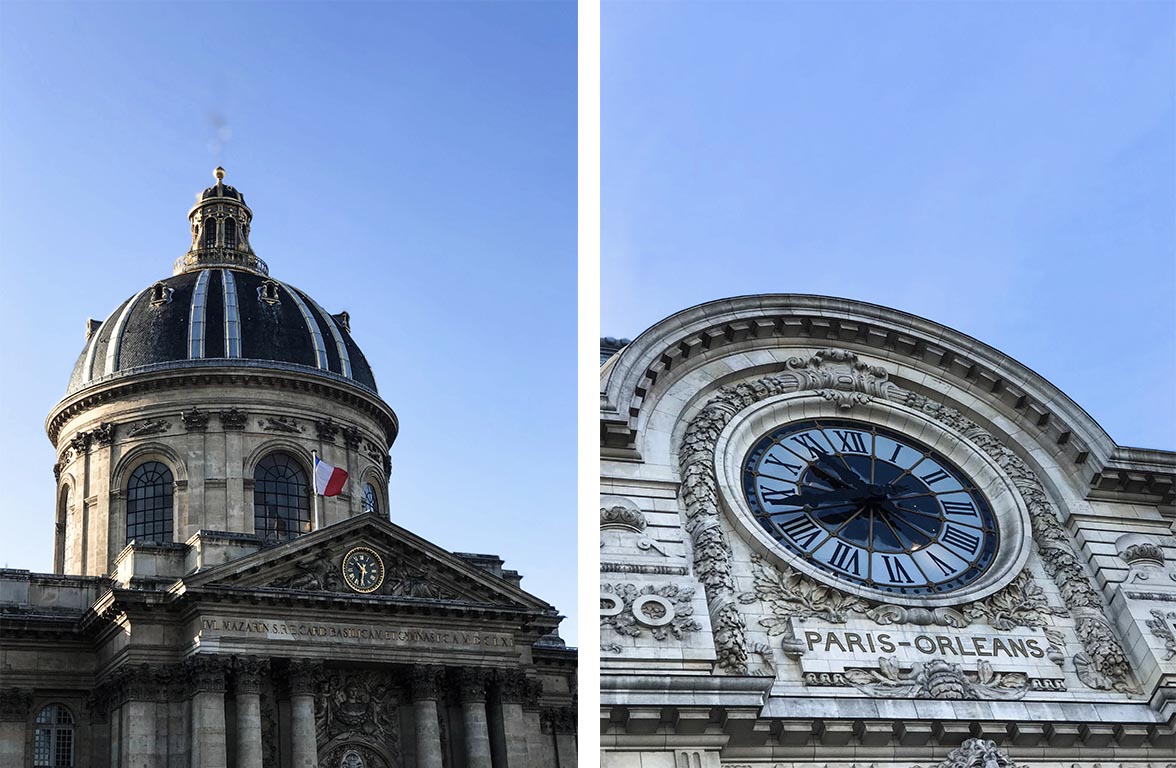 Our Wednesday started with a visit to the Museé d’Orsay, which I adored. Museé d’Orsay is one of my favorite museums, especially the top floor with all of the impressionists and post-impressionists. Monet, my man, you will forever have my heart. Of course, there were others to ogle like Degas’ ballerinas, Manet’s everything and Seurat’s circus –I went through a rather intense obsession with pointillism at the end of my freshman year. I took my time walking through Picasso’s Pink and Blue exhibit which was beautiful, there’s no doubt about that but am I the only one who feels like they don’t really understand Picasso? Different wavelengths I suppose.

We reconvened a while later a Galleries Layafette, which I had visited the first time I was in Paris a few summers ago, but this visit was so much better. Everything was decked out in the most ornate and beautiful holiday decorations. I felt as though I had stepped into a Christmas paradise where there were extravagant shops all around and tinsel in every nook and cranny. I shopped a bit, made a few cheeky purchases and just generally enjoyed all of the festive cheer. I continued on my shopping excursion with a visit to & Other Stories, which I had never been to but fell head over heels the second I walked in. My heart was happy but alas, my bank balance was not. 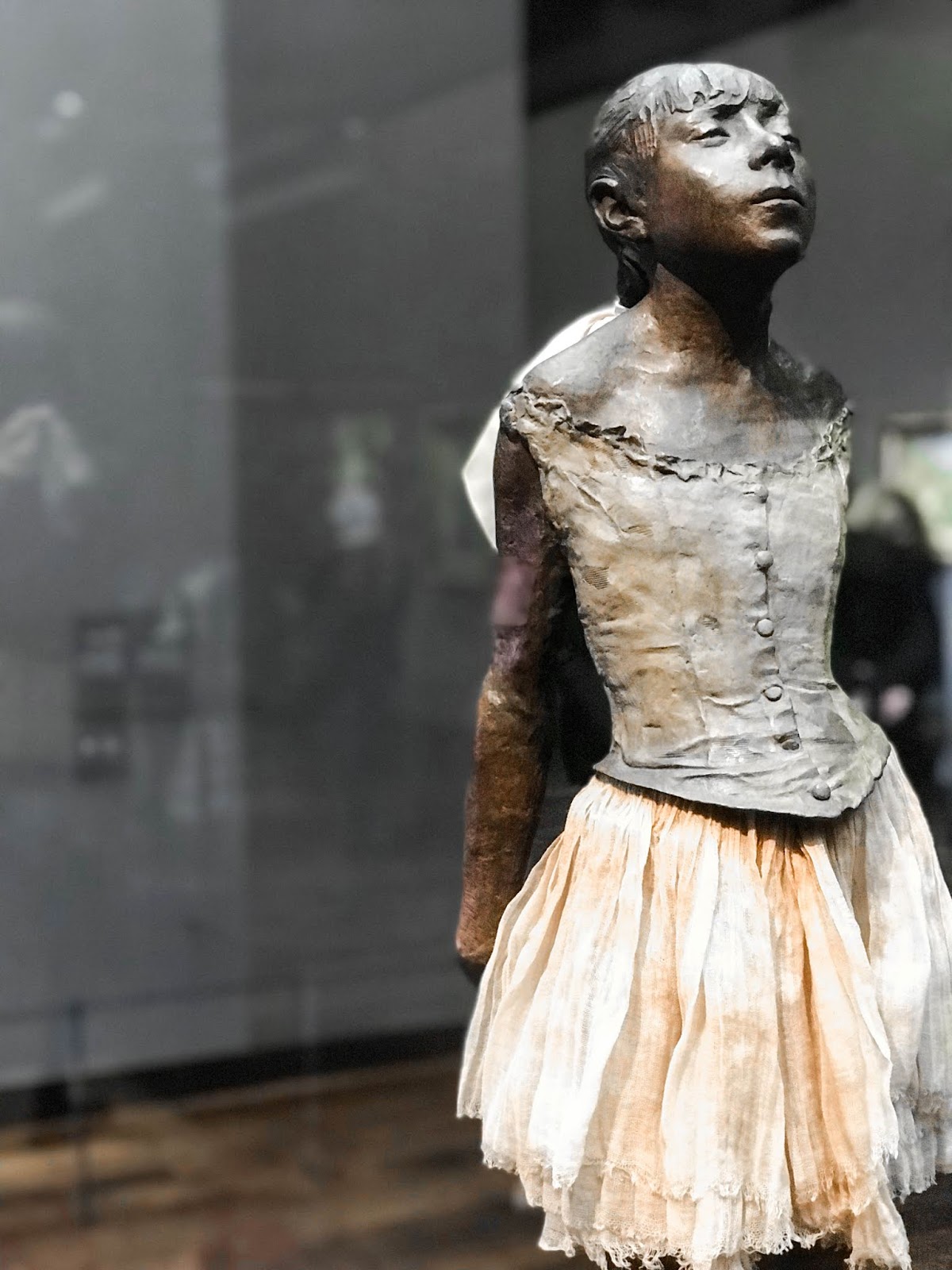 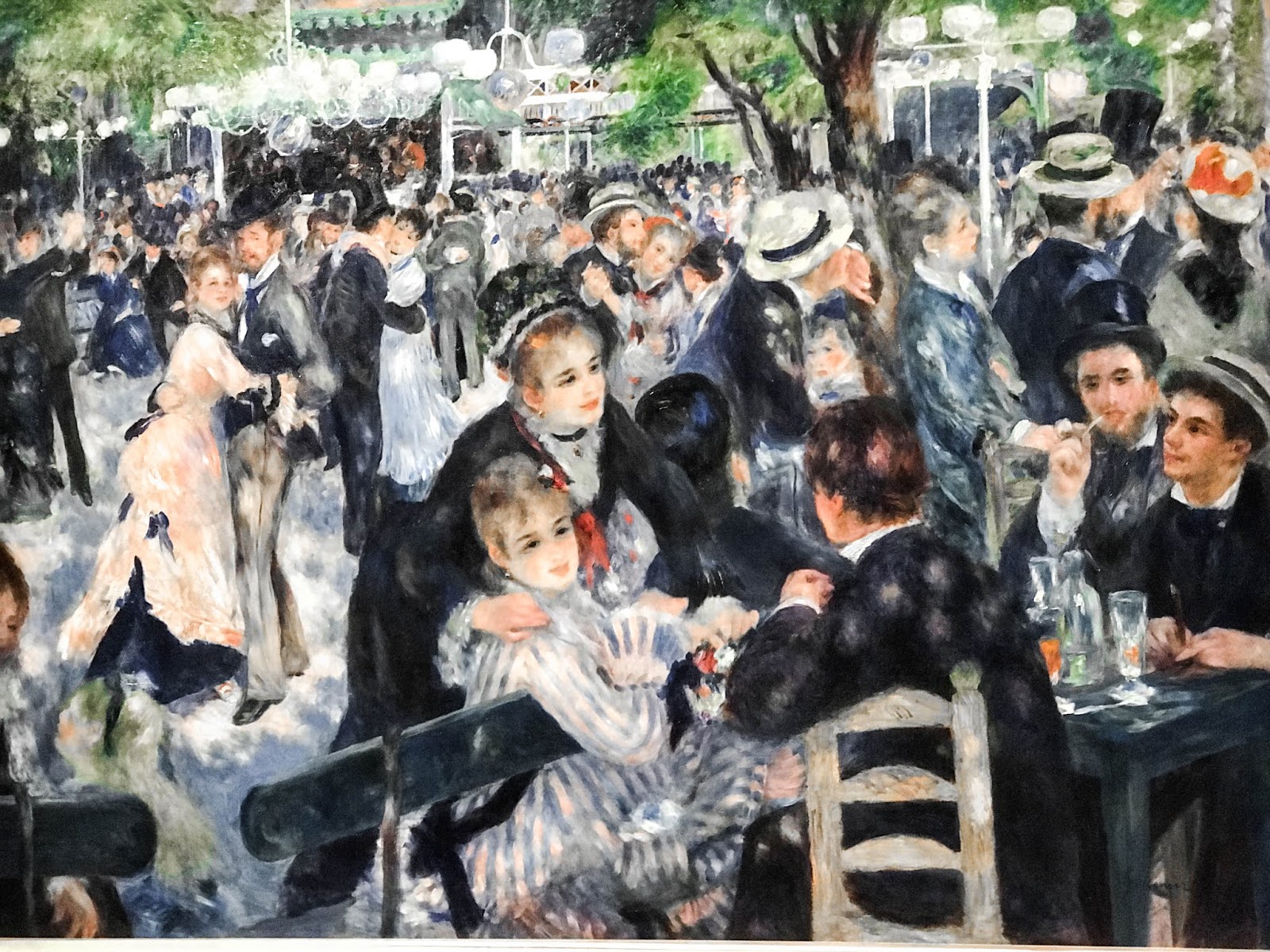 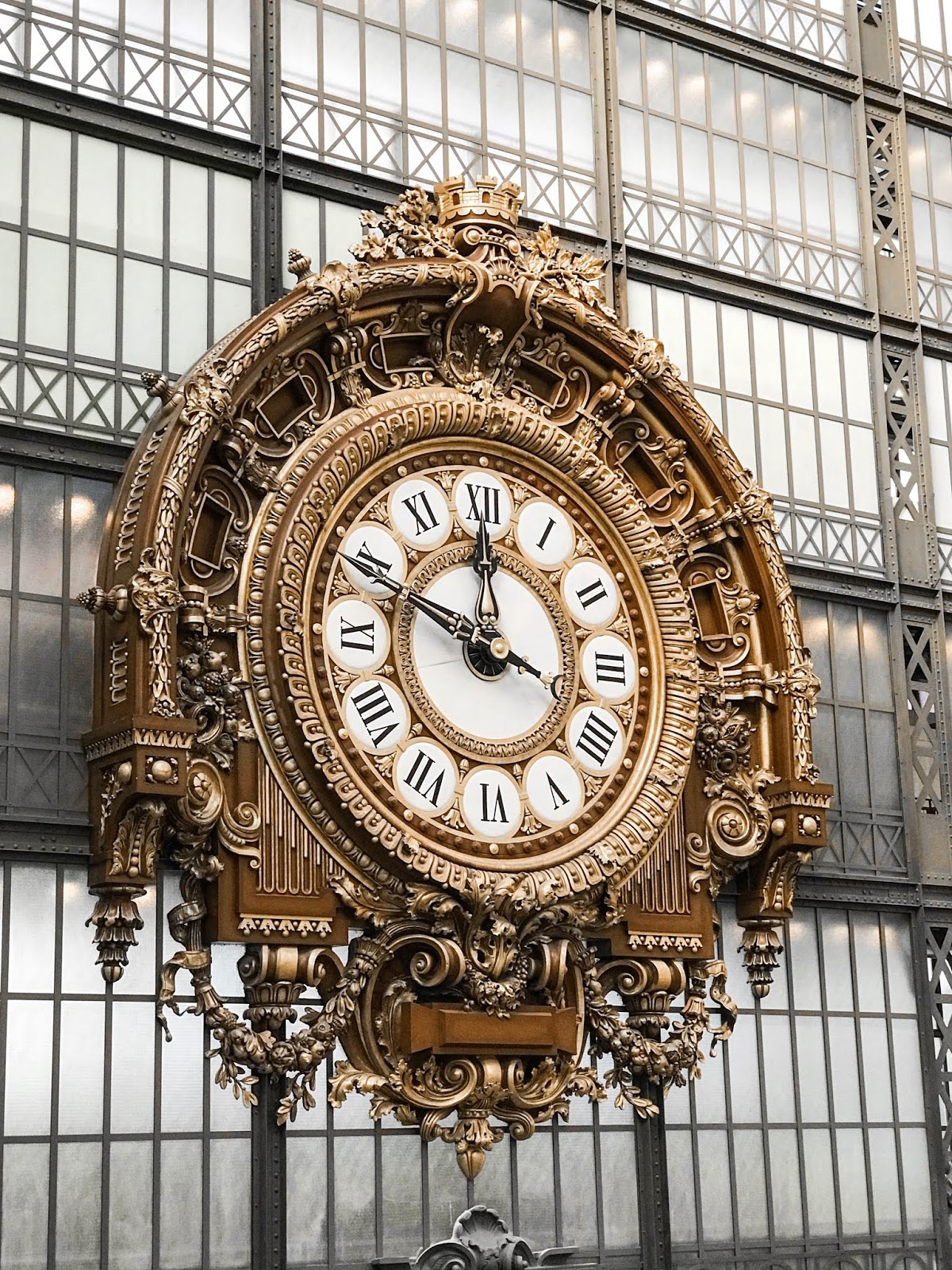 A last minute change of plans took us on a 45-minute train ride out of center-city Paris to Versailles. I didn’t get a chance to visit Versailles the first time I was in France, so I was very excited to be able to make it out this trip. I was prepared for gold decadence but nothing, not photos or videos and even some VR trip could have prepared me for the opulent and generally mind-boggling experience that comes with visiting in person. I couldn’t even begin to wrap my mind around the kind of pure wealth that the palace portrayed. No amount of photos could even begin to do the architecture and interiors justice, it’s truly something you just have to see once in your life. On a side note for those who have been, could you imagine being at one end of the palace and being late for a gathering on the other side? Insanity. 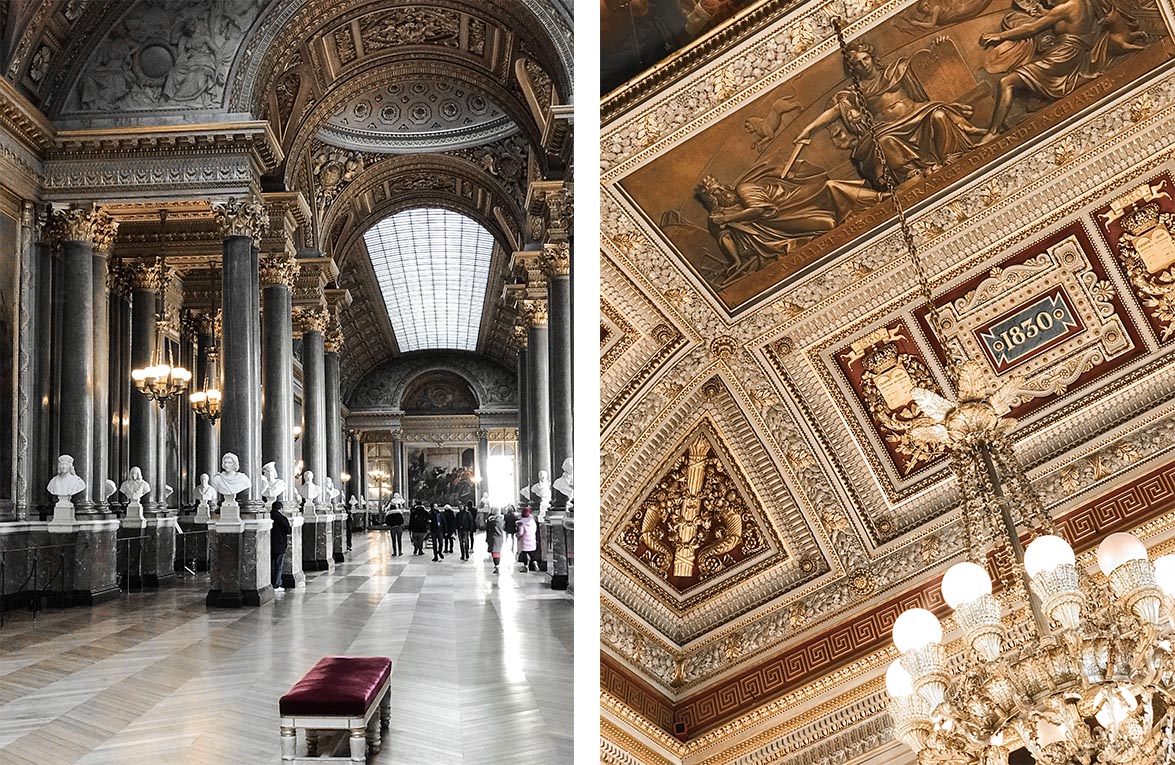 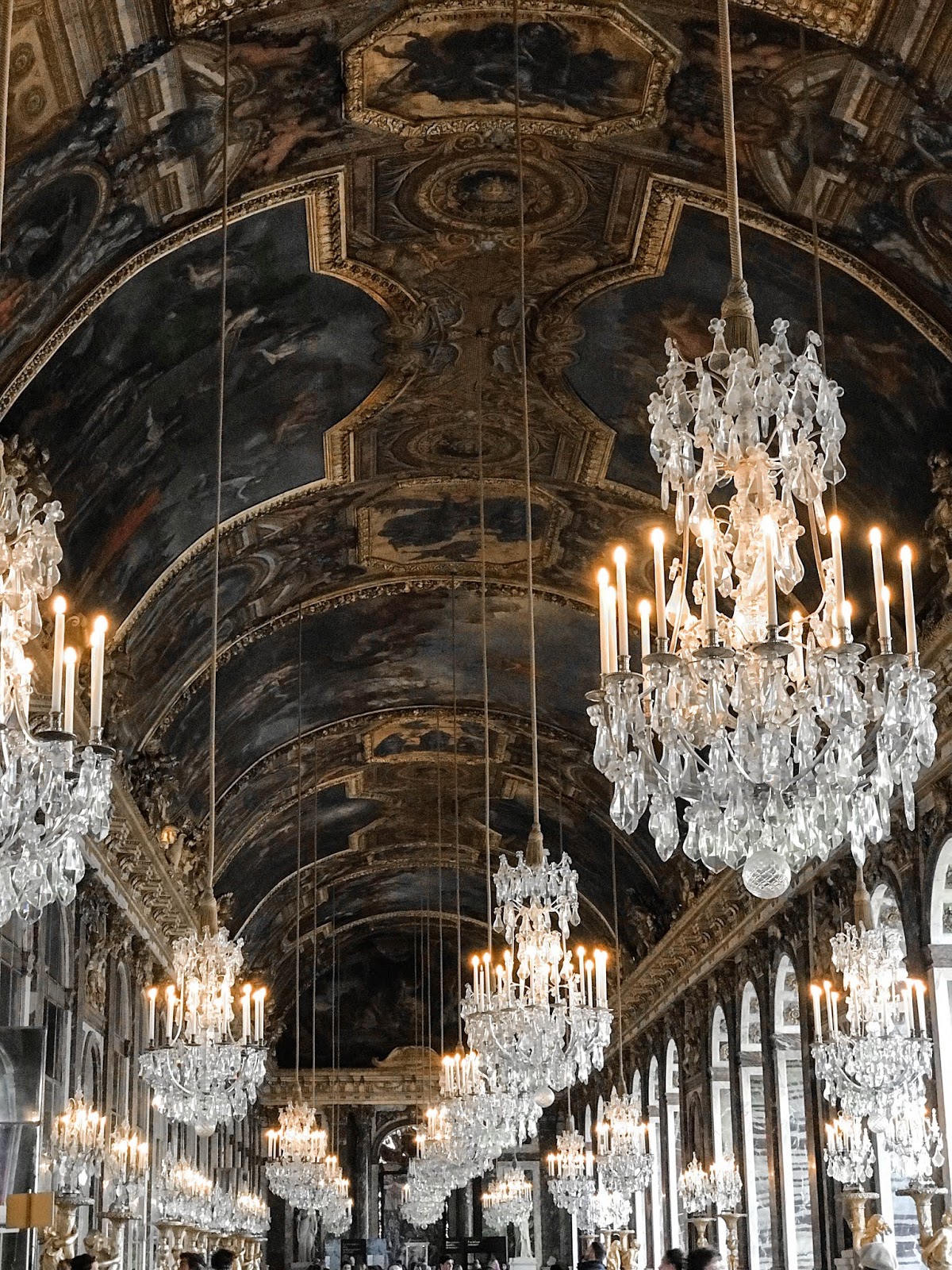 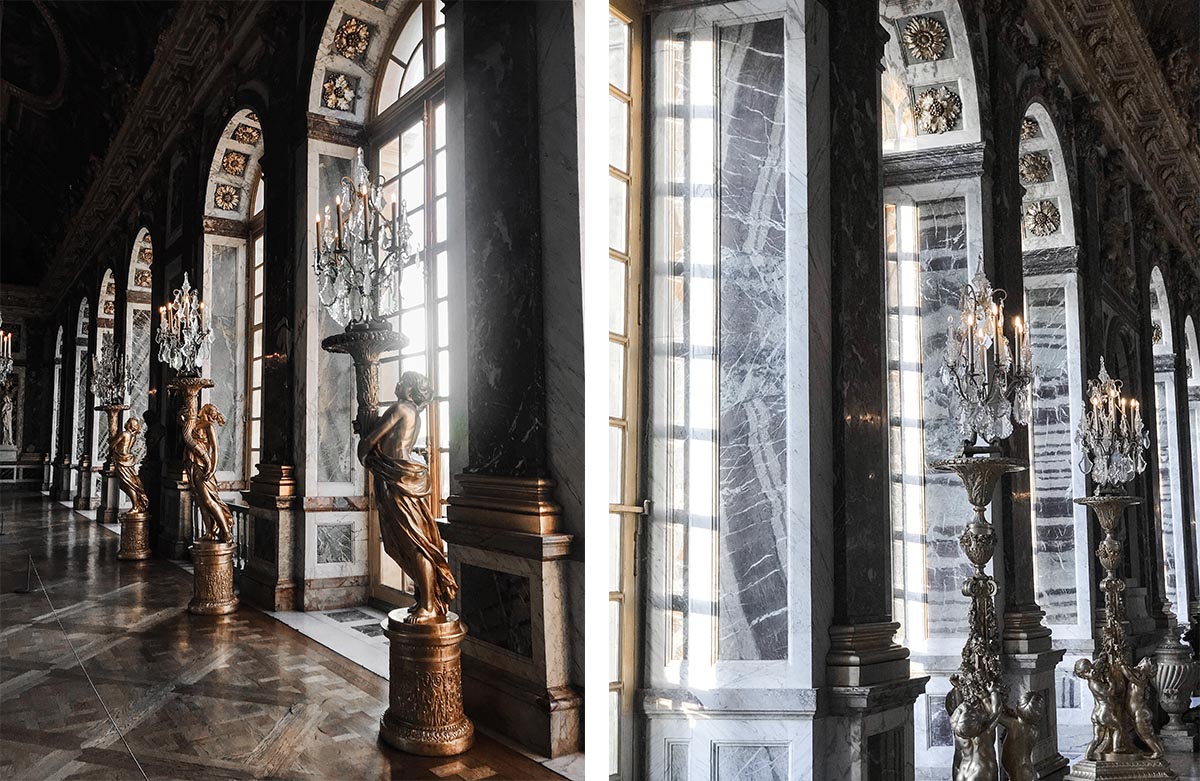 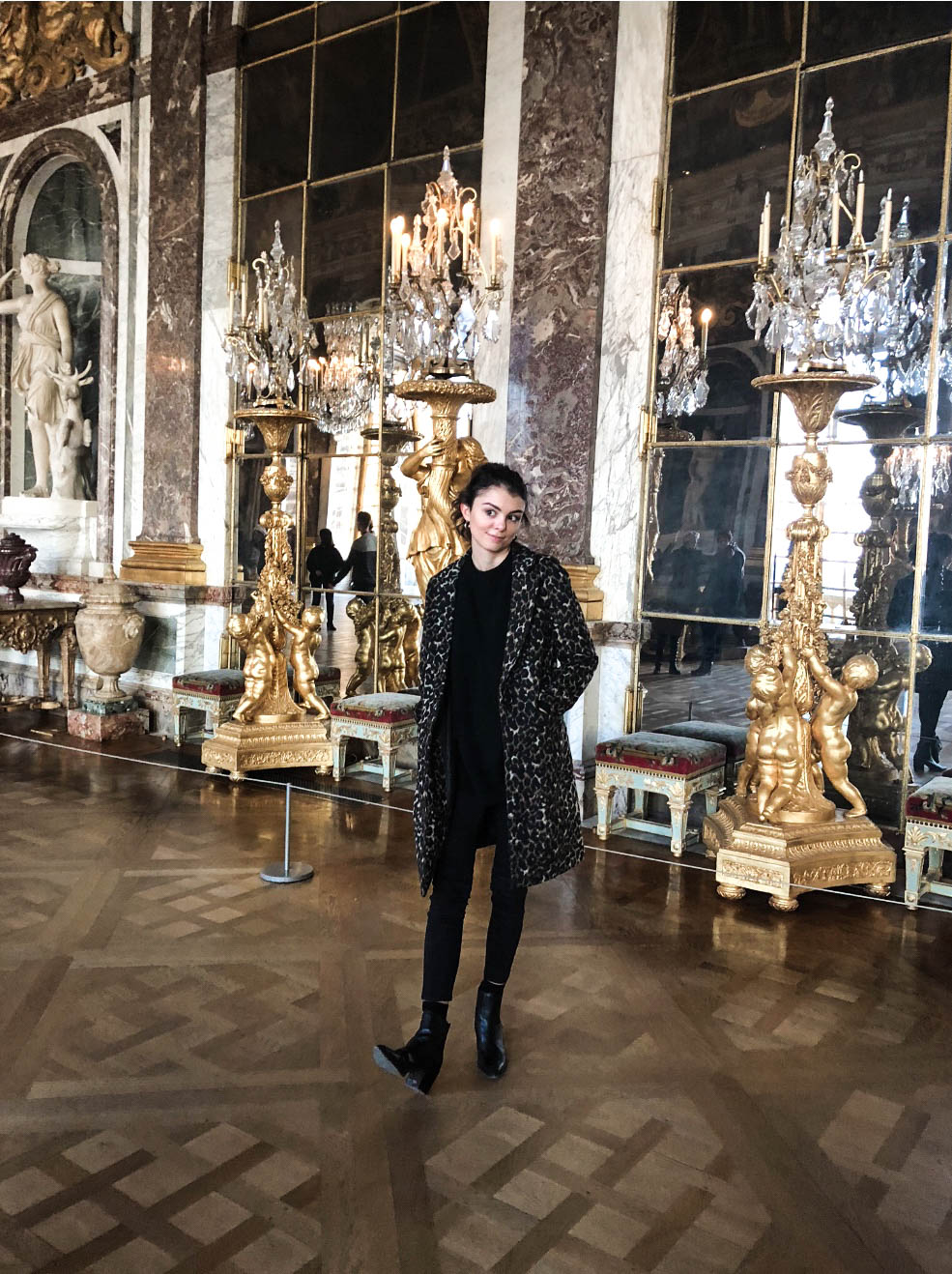 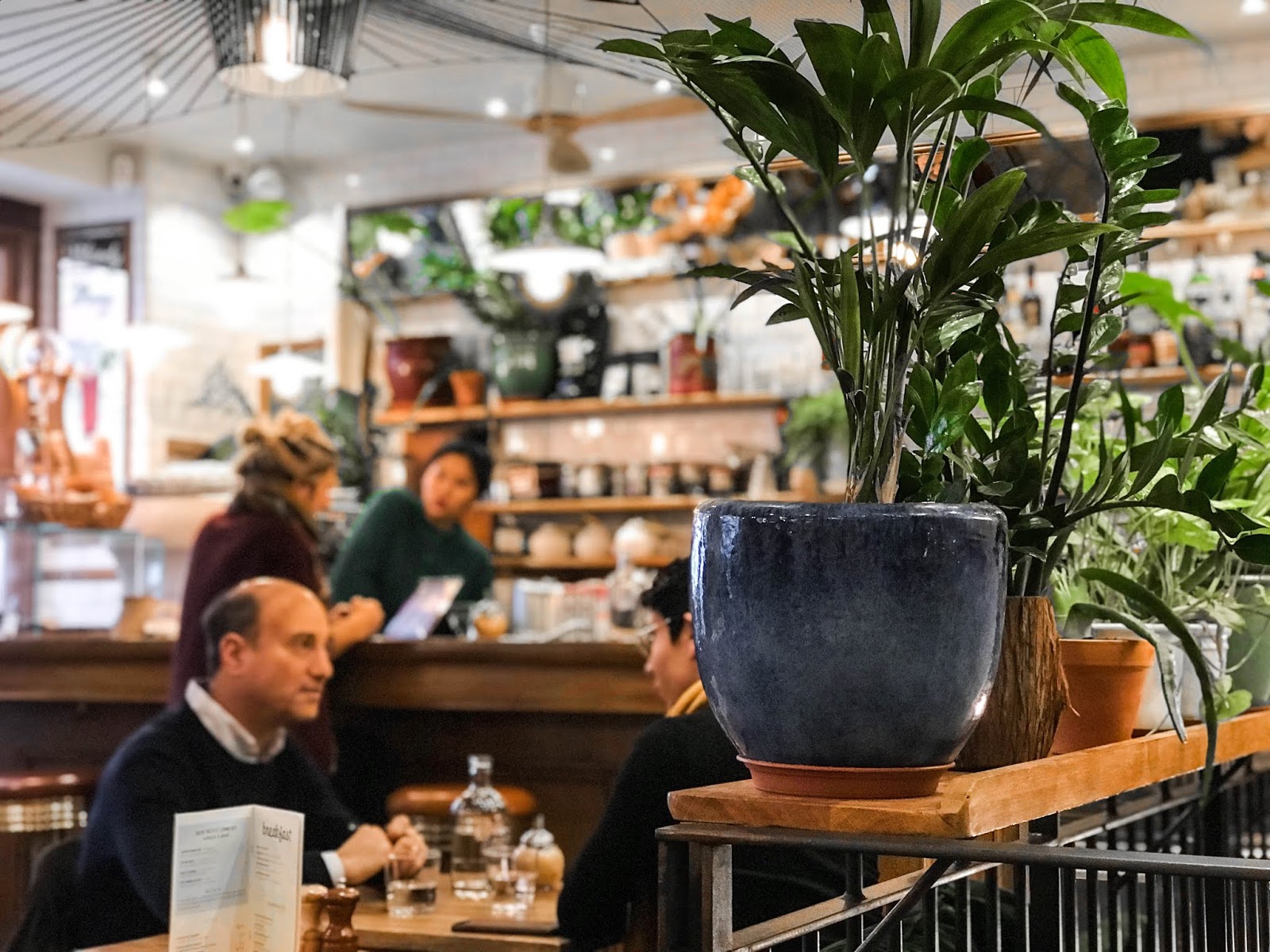 My final day in Paris *tear* was a whirlwind of last minute shopping because let’s be real, if you don’t shop until you drop, did you really go to Paris? But as every serious shopper knows, you need fuel otherwise you’re going to be absolutely useless. We started our day with breakfast at LouLou’s, a super cute (and aesthetic) restaurant that seemed to cater towards quite clean and healthy diets. I had poached eggs on toast, which I live for, and a wonderful Café au lait. After the good eats, we went to Bon Marche, which is now my favorite shopping place on planet earth, I want to live there. Seriously, like where do I set up camp? I finished off my final bits of Christmas shopping, and then a few friends and I made our way to the Sezane flagship store. We had tried to go the evening before but were brutally affronted by a line that not only went out the door but also seemed to wrap around the block. Seeing as it was dark out and about 30 degrees, we decided that instead of waiting and possibly contracting hypothermia, we would just try again the next day. We arrived just around lunchtime, and the line was about a quarter of the length, but it still took about an hour and a half until we were actually able to set foot inside the store. I was hangry at this point, so the moment we stepped inside I scarfed down about six of their complementary Christmas cookies and mindlessly browsed the racks until I felt human again, I purchased a few things –I’m in love with them– which I’ve decided to talk about in a separate post so be on the lookout for that in the new year.

We then had a whole debacle trying to meet up with another group for lunch so we coped out and ended up in a Starbucks. In defense, Starbucks is so much better overseas than it is in American it’s not even a fraction of fair. I had Kale and Cauliflower Mac and Cheese. In a Starbucks. Wtf. I might move to Europe just for Starbucks, I’m seriously tempted. With my tummy full of the cheesy goodness, I broke off from the group with one other girl and we continued on our shopping rampage until we were called back to the group for one final meal. 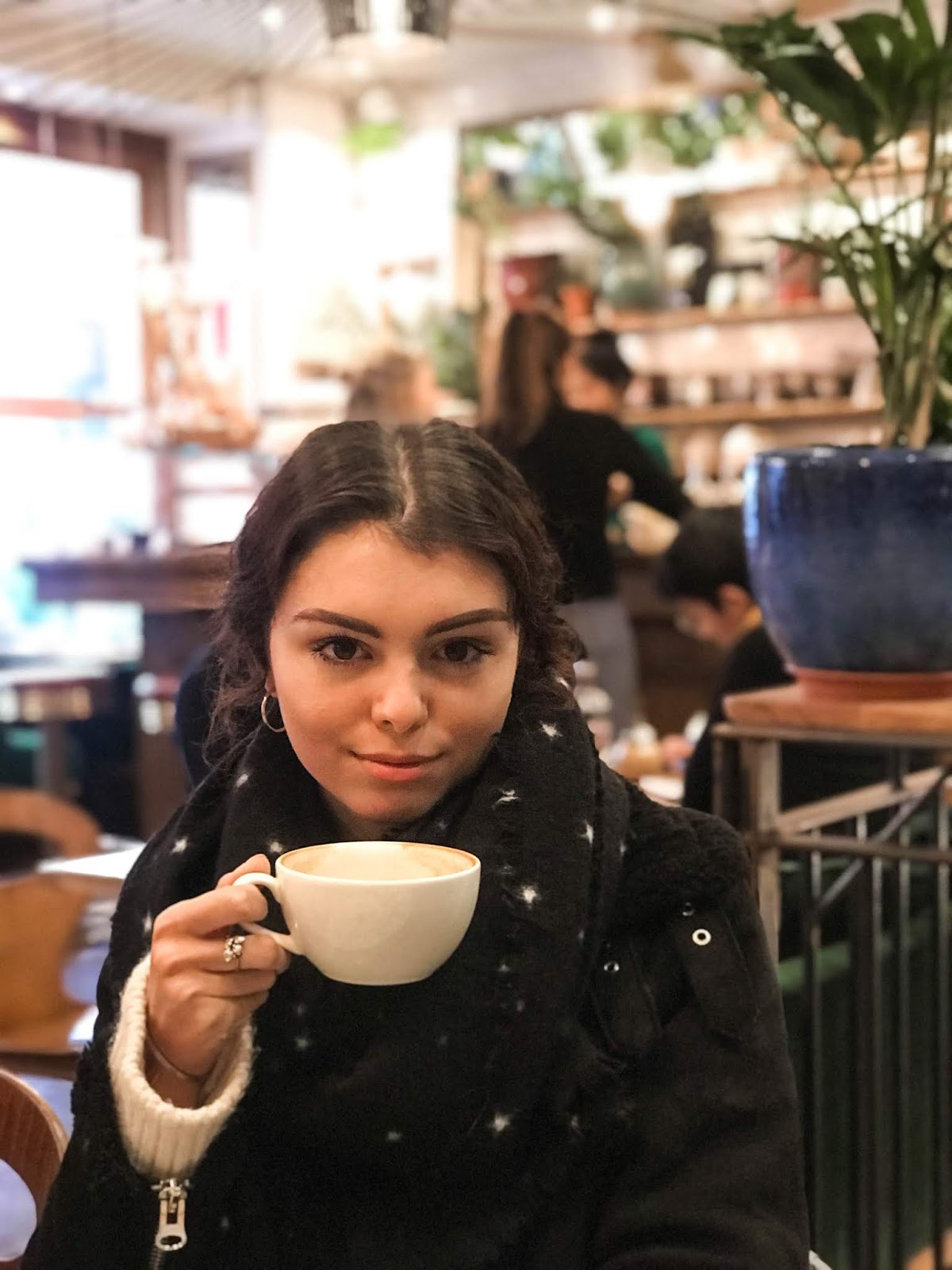 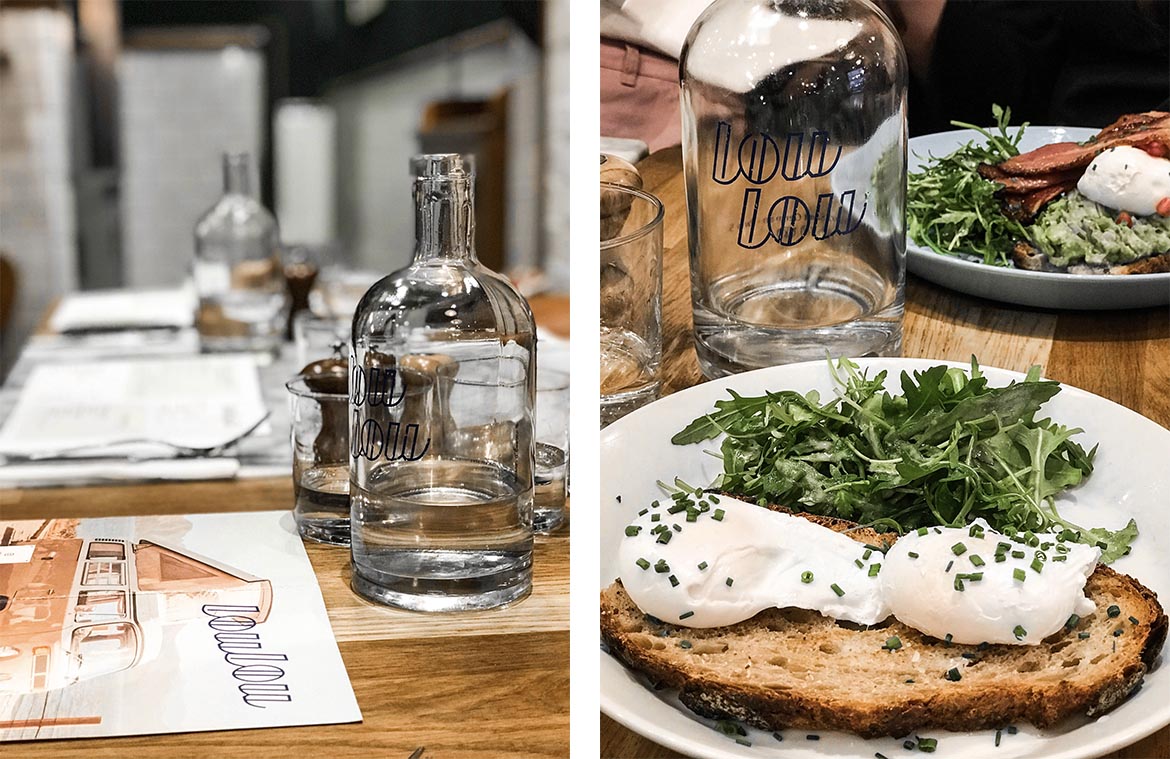 Overall, to say I had a fantastic time in France would be the understatement of the year. I was quite hesitant about going for a variety of reasons but looking back on it now, I think going was probably one of the best decisions I made in 2018. It was the perfect way to round out a rather turbulent year, and I feel like I now have a bit more clarity on the direction I want to go here and forward. So, I want to say a massive thank you to Paris, and of course Grasse and Lacoste too. On this trip, I felt more like myself than I have for most of the year, and I can say that I was truly and undoubtedly happy. I’ve bid these lovely cities adieu but solely with the intent of returning soon. Hopefully next time, it’ll be for more than just a trip. Kisses until then.

Across The Pond | England & France

Traveling Light When You’re An Overpacker