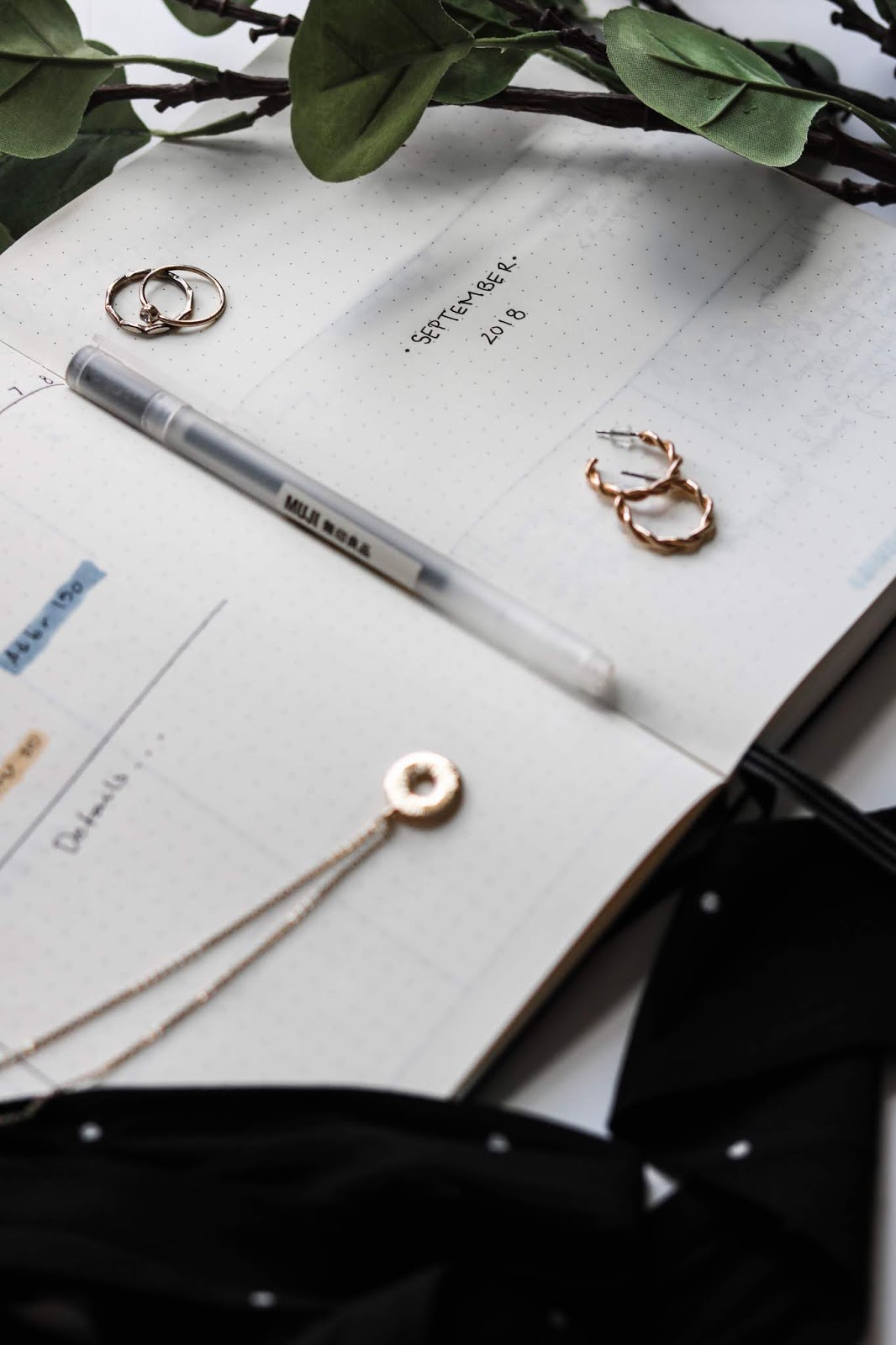 So I know what you’re thinking. Why on earth would I start a bullet journal in September, it’s literally 3/4 of the way through the year. Well yes, I completely understand that and I actually did a lot of thinking on this subject but the deal is, my year doesn’t really start in January. At least for the next three years, it starts in September because I’m currently a student and that when I go back to school.
Most of my life (we’re talking like nine months out of the year people) revolves around school, so I felt that it was more important to have a calendar that caters to that rather than the standard January – December timeline. I used to get so annoyed when I was in school because I always wanted to use pretty planners, not the school provided ones (they were not cute) but the school ones were the only ones that catered to the fact that a quarter of the school year falls in one year and the rest falls in another.

I have been constantly tormented by this lack for decent calenders so when the bullet journal trend surfaced I was immediately intrigued. I was a bit put off because a lot of the journals I saw online were super cute and artsy and as much as I love art (and am a frigging art student — it’s complicated) I have no talent for visual art. Like none. Less than none if that’s even possible. I felt a bit overwhelmed and so I stayed away from the whole trend (begrudgingly) until I saw both Lily Pebbles’ and Lucy Moon’s Bullet Journal videos (here and here respectively). They made me realize that bullet journaling, isn’t about being all pretty and perfect, it’s about making a journal that works for you in your own unique ways. 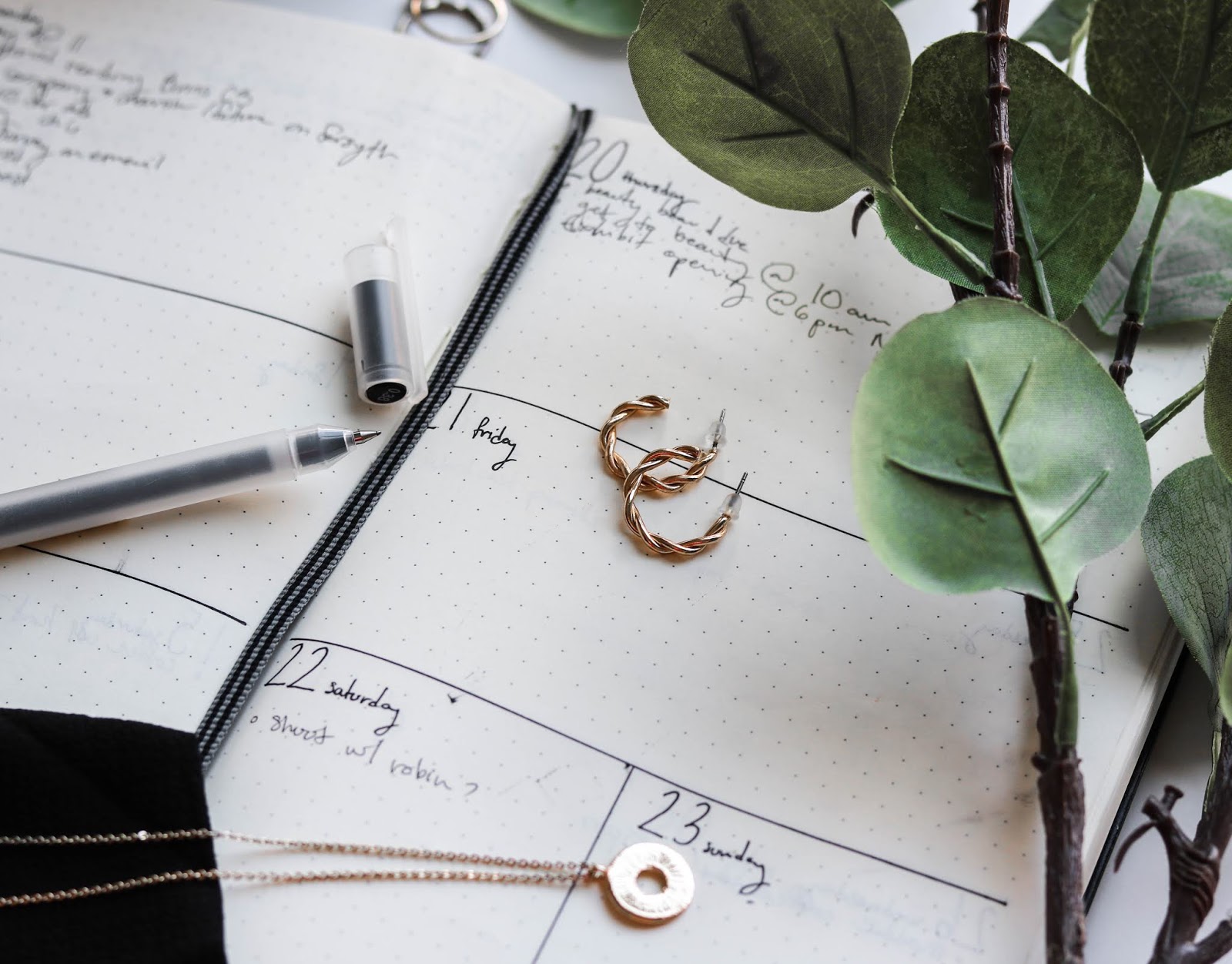 So I took that little lesson and I began to create my own bullet journal. I was going to take some in-depth photos of my journal but there is a lot of blog stuff scattered around it, so I figured I should probably not showcase my future blog post ideas. That would just kill the surprise, huh? I did a bit of research on regular bullet journals and how they’re basically set up — this basically just consisted of me learning about the future log and realizing I probably wouldn’t need it — and then deciding how I wanted to set up my own book. I did end up including a small calendar for the year, Septemeber 2018 to August 2019, but it’s very stripped back and simple. Because let’s be real, I don’t plan enough into the future for that calendar to make any sense. Ya girl is a last minute plan maker, fo’ sure. No apologies.

I toggled with how I wanted to set up my day to day section and landed on using a full two-page spread per week (shown in the photos).  Every day during the week gets a large section and then Saturday and Sunday split a large section. I considered making every day the same size but I tend to have a lot of classwork/activities that need reminding during the week and anything major on the weekend becomes a reminder on my phone. I do have to be honest and say that I do use this planner in collaboration with my phone calendar Tiny Calendar. Through this I set reminders, write down addresses and can easily view my day in blocked out color-coded sections. I mapped out all of September, October, and November because they all fall under one-quarter of classes, and then I added in anything to do with those classes or Autumn. I have a class schedule mapped out, as well as my blogging schedule and calendar. I may also have a little section dedicated to a possible capsule wardrobe plan but we’re not going to talk about that because I might consider writing a post about it. Might. Don’t hold me to it though. 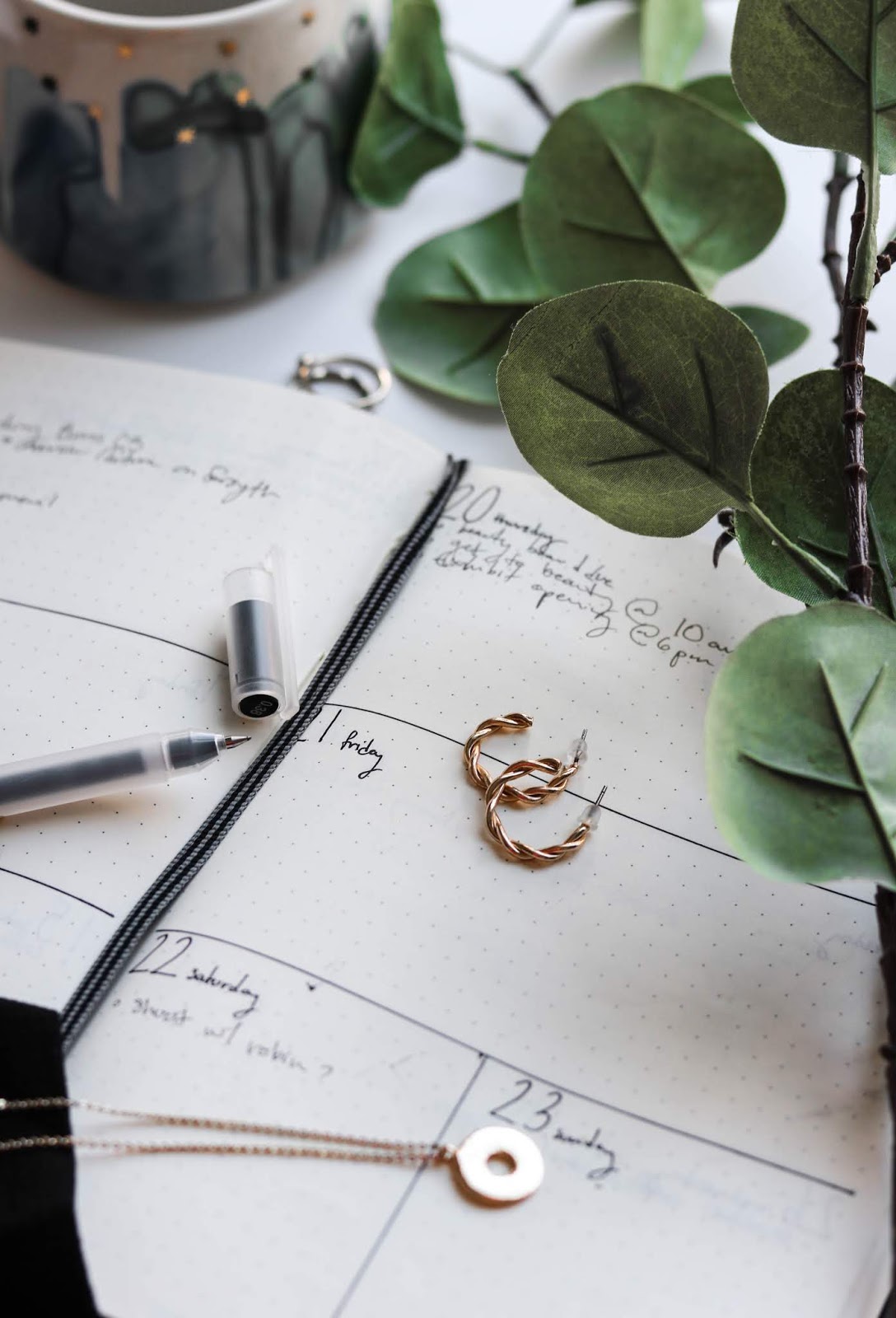 I’m about a month in, and so far, I’m really enjoying using the bullet journal. I’m thinking about writing an update/wrap up of this journal later in the future but honestly, that completely depends on whether or not I really keep this up. I tend to forget about planners and they sort of fall into disuse around the middle of the year. I’m determined to be different this year though, my slackerish ways are going to be put in a little box and I’m throwing away the key. Hopefully. Fingers crossed, eh.

Little Things That Have Brought Me A Little Happiness