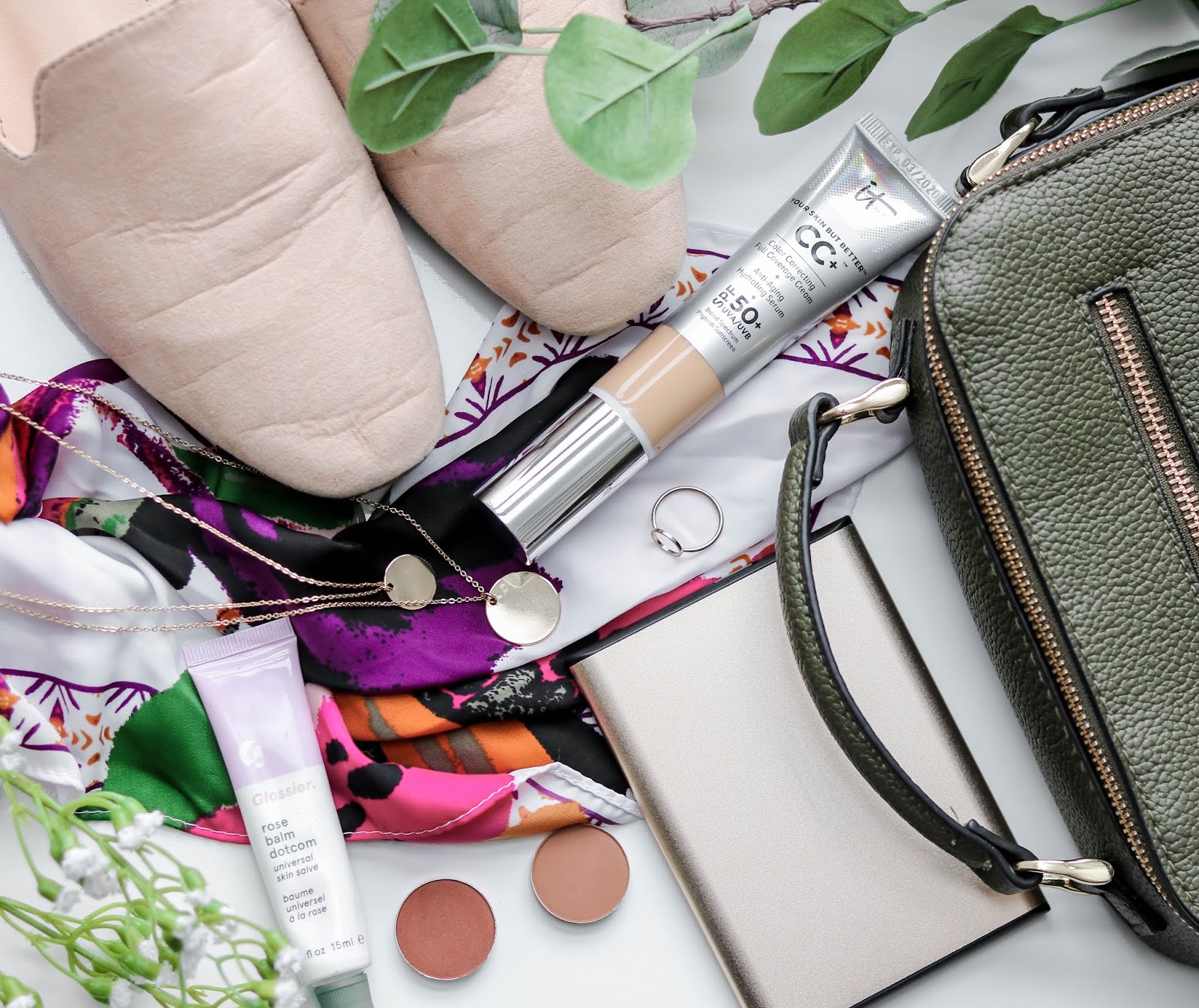 Do you ever start to write something and then realize how menial the things you’re writing about are and how, in the grand scheme of things, none of this really matters? Probably not the starting sentence you were expecting huh? Seriously though, am I the only one forcefully confronted with these realizations? They dawn on me every once in a while, I panic about what I’m doing, and thus begins the existential crisis regarding anything and everything I can slam into my brain. It’s quite an unpleasant process if you can’t tell. For those of you who don’t know –but you should since I wrote a blog post about it *wink*– Mercury is currently in retrograde, which basically means that everything is going to crap. Since everything is going to crap (I’m being facetious) I’m in a rather sour mood and when that occurs, I like to take a step back and think about little things — materialistic things, sue me — that bring me even just a speck of happiness. 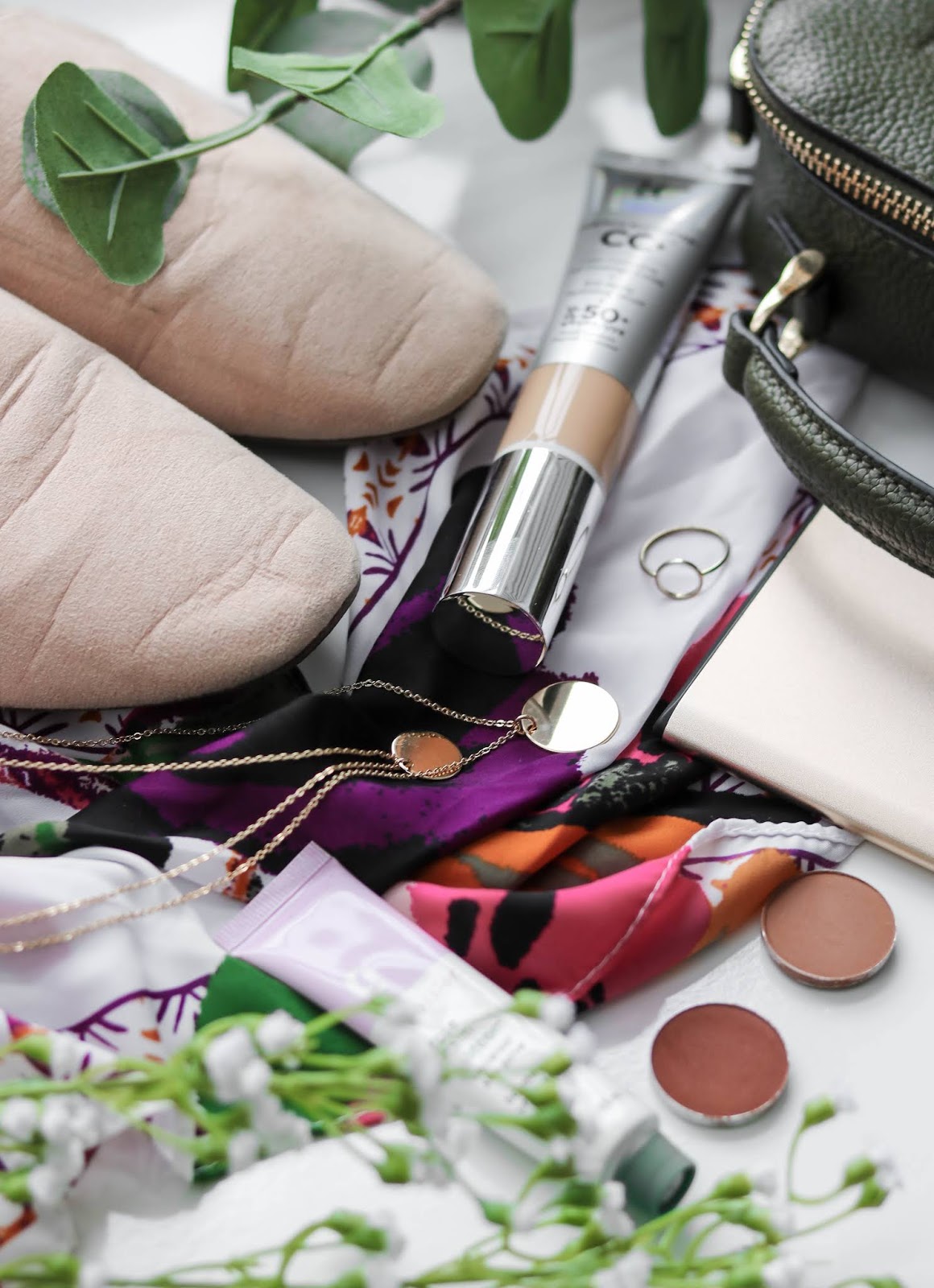 There are only a few things in this category, which is odd for me because I do love to try out new products. I’ve been refraining from buying new products as of late (trying to save my broke a$$) so I’ve been shopping my stash. For years now, if I somehow managed to convince myself to take an extra five (ten) minutes in my already jam-packed *and running fifteen minutes behind* morning routine to slap some eyeshadow onto my drooping lids, well you better believe that shadow was glittery. So glittery in fact, I probably could have signaled extraterrestrial life simply from the holographic reflections that bounced off my eyes. Yes, hello Mr./Ms. Alien, I am here and I like to sparkle. The reality of it though was I didn’t actually have innate need to look like a disco ball, I just didn’t really understand that matte eyeshadow was a thing. In my mind, eyeshadow was like icing on a cake — something that was done to make whatever laid beneath prettier in an unnatural way. Because let’s be real there is nothing natural about icing and it is purely a decorative device that *unpopular opinion* tastes absolutely awful. Icing has nothing to do with substance. If a cupcake doesn’t have icing, it doesn’t really matter because the substantial part of the dessert, the cake, is still there. Now the aforementioned cupcake just isn’t wearing some weird hat that tastes vaguely of plastic, sugar, and cavities. When I discovered matte eyeshadow, it was like a whole new door opened because I could wear eyeshadow and I wouldn’t look like I was a fourteen year old that was trying to convince the bouncer of a club: yes, I really am eighteen, can’t you see the albatross of shimmer that is slowly blinding me, I am an adult. I was heavy handed with the brush for a while and didn’t realize that blending was a thing, so I’m sure you could put two and two together and paint yourself a very realistic picture of the horror show that was the upper have of my face. Add in black eyebrows and you’ve got the whole shebang. With matte eyeshadow, I could be subtle — an unheard of concept to my Urban Decay Naked Palettes– and though it took a while, I began to master the art of the “No Makeup Makeup Look”.

Two of my favorite discoveries, while they don’t quite fall into the previously mentioned category and are more akin to the group of “Light But Distinct Makeup” have baited me to travel down the rabbit hole that is matte eyeshadows and I have a very strong feeling I won’t be coming out anytime soon. MAC’s Saddle and Makeup Geek’s Cocoa Bear are by far my two most worn eyeshadows of the summer. Saddle, a golden orange brown, and Cocoa Bear, a reddish brown, combined with a little bit of foundation, bronzer, light mascara and one hell of a tan create the perfect summer-bronzed look for those of us who are looking to escape the cliches of gold.

The only other product I feel the need to include in this section — told you it was small — is the IT Cosmetics CC Cream. To preface my statements of just how much I love this product, let me give you a bit of context. This product retails at $38, which isn’t the highest in the industry by a long shot but to someone who has a bank account that (rightfully) hates her, it’s quite a steep price. I had purchased a mini of this product before I went on vacation (which you can read about here) and when I returned from the wonderful haze of my two weeks of relaxation, I decided I should buy the full sized version. Now, I don’t know if the common sense portion of my brain just decided to shut off during that period of time, but for some stupid reason, I decided to buy the same shade I had while I was away. This was a stupid decision. I bought that shade originally for once I had a tan and my previous foundation wasn’t going to cut it. What I failed to realized when I purchased full size of the product was while yes, I was currently the color that matched it, I don’t go in the sun very often. My tan lasted a total of two weeks, and then my face was back its normal shade of paleish. Using the medium shade of foundation make me look like the knock off version of Snooki from Jersey Shore. Couldn’t pull it off. So what did I do? I shelled out another $38 (gag) for a second tube in the correct color. I willingly (eh) spent $76 on this foundation because it just that damn good. AND THAT DOESN’T INCLUDE TAX.

Little white lie from earlier, that wasn’t that last product on my list but I have no intention to ramble on about this one. Glossier’s Balm Dotcalm. If you love yourself and your lips, buy it. That is all. 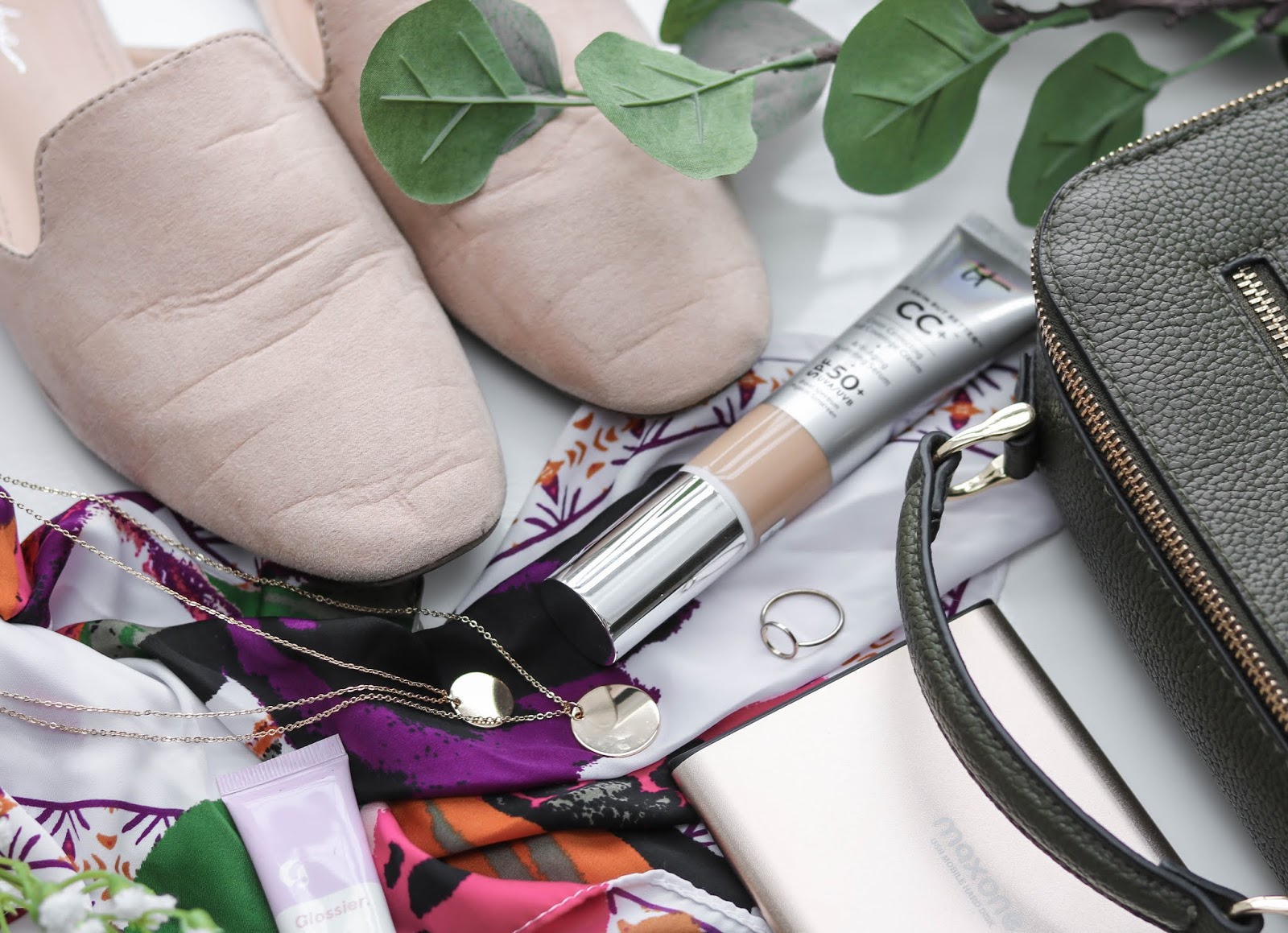 In summers past — let’s be real all of them — I haven’t given a damn about fashion. Why? Because the world is hot and I’m hot and I’m grumpy when I’m hot and the last thing I wanted to think about when I was grumpy and hot is if my skirt and top went together. No. No. It was too much and I was perfectly happy to be grumpy and melt in my athletic shorts and ratty tee. This summer has been different because I have two jobs, one that requires me to look semi-presentable and the other where I have to look like a fully functioning human who has at least 45% of their shit together. I’m currently batting about 27% so that one has been a toughie. These “regulations” have really challenged me but I’m actually quite thankful for it. I now feel like I’ve actually figured out how to dress for summer, as long as I don’t have to go outside and there’s aircon. Perfect plan right?! Right?

The trick I’ve found when it comes to dressing for summer is all in the accessories. I can wear the most casual, stripped back outfit (and believe me I do) but once I add some interesting shoes, maybe some pretty earrings and a eye-catching bag, my mundane choice in clothing becomes a perfect ensemble. This is genuinely how I get away with wearing jeans or trousers and a tee or maybe a loose cami almost every single day. The first item that I love using to make a simple outfit more interesting is this silk-esq head scarf. It’s very colorful, which is perfect to break up my monochromatic looks, and it is so easy to style. I usually throw my hair in a low pony, tie it around that and voila, I look ten times chicer than I ever could have before. For shoes, I’ve been completely obsessed with mules because they’re such an easy shoe to transition from casual to dressy with barely any effort. The pair shown are from ASOS and they have truly saved my feet this summer. They’re amazingly comfortable, that look great and bonus, they slide one. Mules, the lazy girl’s boujee shoe. When it comes to bags, I’m not particularly showy, but I have been enjoying stepping outside of my comfort zone with this bag from Target. It’s by no means an out-there kind of bag but it’s not black, which for me, makes it a very out-there bag. It’s also a relatively small bag which is a change for me because I’ve recently learned that big bag actually makes you look less organized. Now hear me out, with a big bag, you can put more stuff into it which tricks people into thinking they’re being more organized and professional, but in actuality, what happens is instead of organizational stuff going into the bag, six thousand cap-less pens, twelve lipsticks, a mountain of receipts and the remnants of granola bar are littered on the bottom. 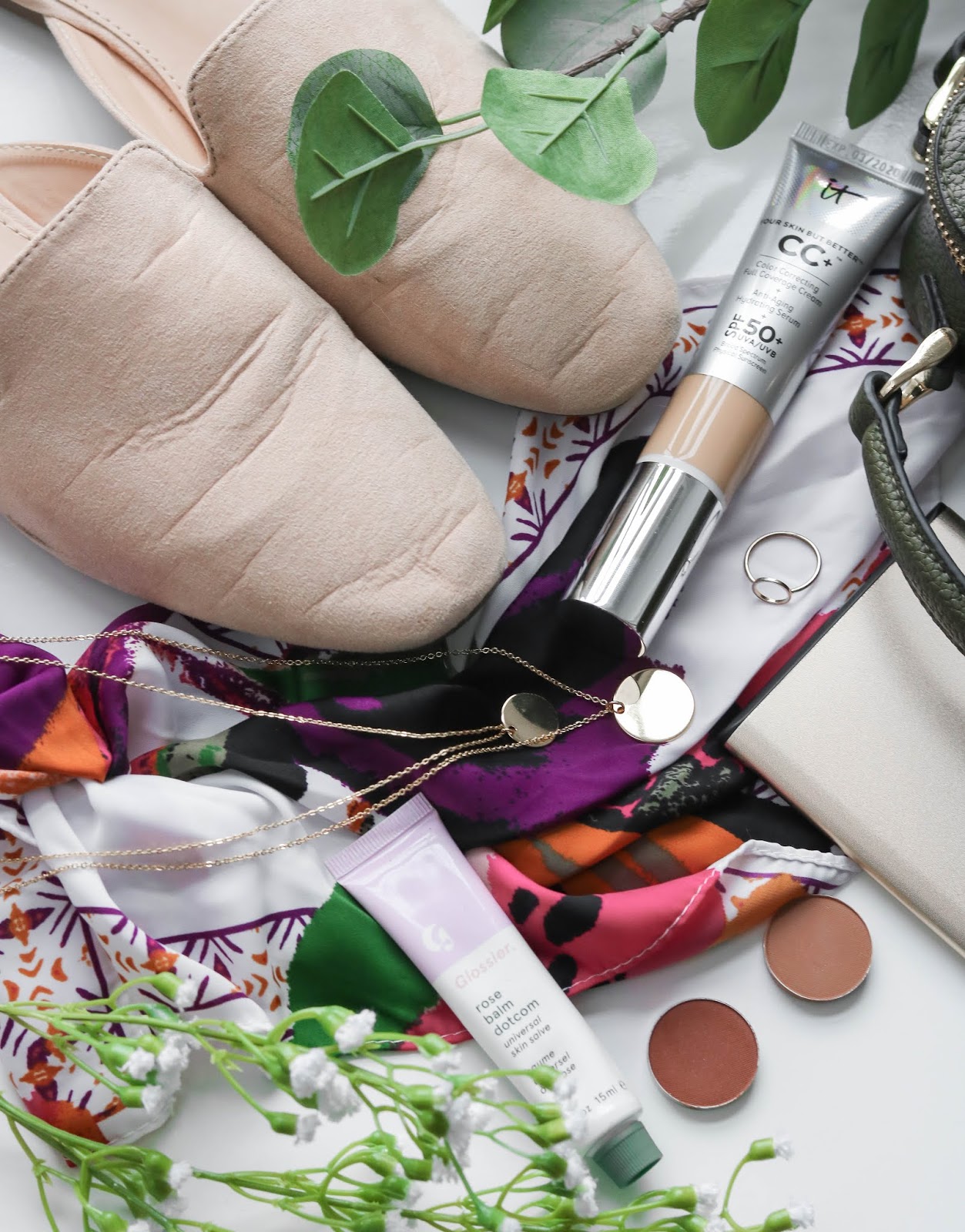 I have two things that fall into the category of miscellaneous favorites and they couldn’t be more different from each other. The first thing is super geeky and not at all exciting but it’s this external hard drive. I do a lot of photography work for this blog, which means that I have hoards and hoards of photos: edited and unedited. There is only so much space on my trusty little computer and when I bog it down with two hundred photos of a lipstick, it tends to get a bit finicky. Enter, the external hard drive. It’s basically a small device that I can store all of my electronically hoarded items and no one is the wiser. It holds all of my photos, as well as backups of school documents, important documents, etc. and I’m not even close to using half of the space up yet. The other items I’m loving — completely switching gears here — are the Kind Caramel Almond and Sea Salt Bars. I discovered these babies when I was tearing through Target, desperate for easily transportable snacks that I could take to class with me. They’re a great way to subdue my hungry tummy in-between meals and they taste oh so good. 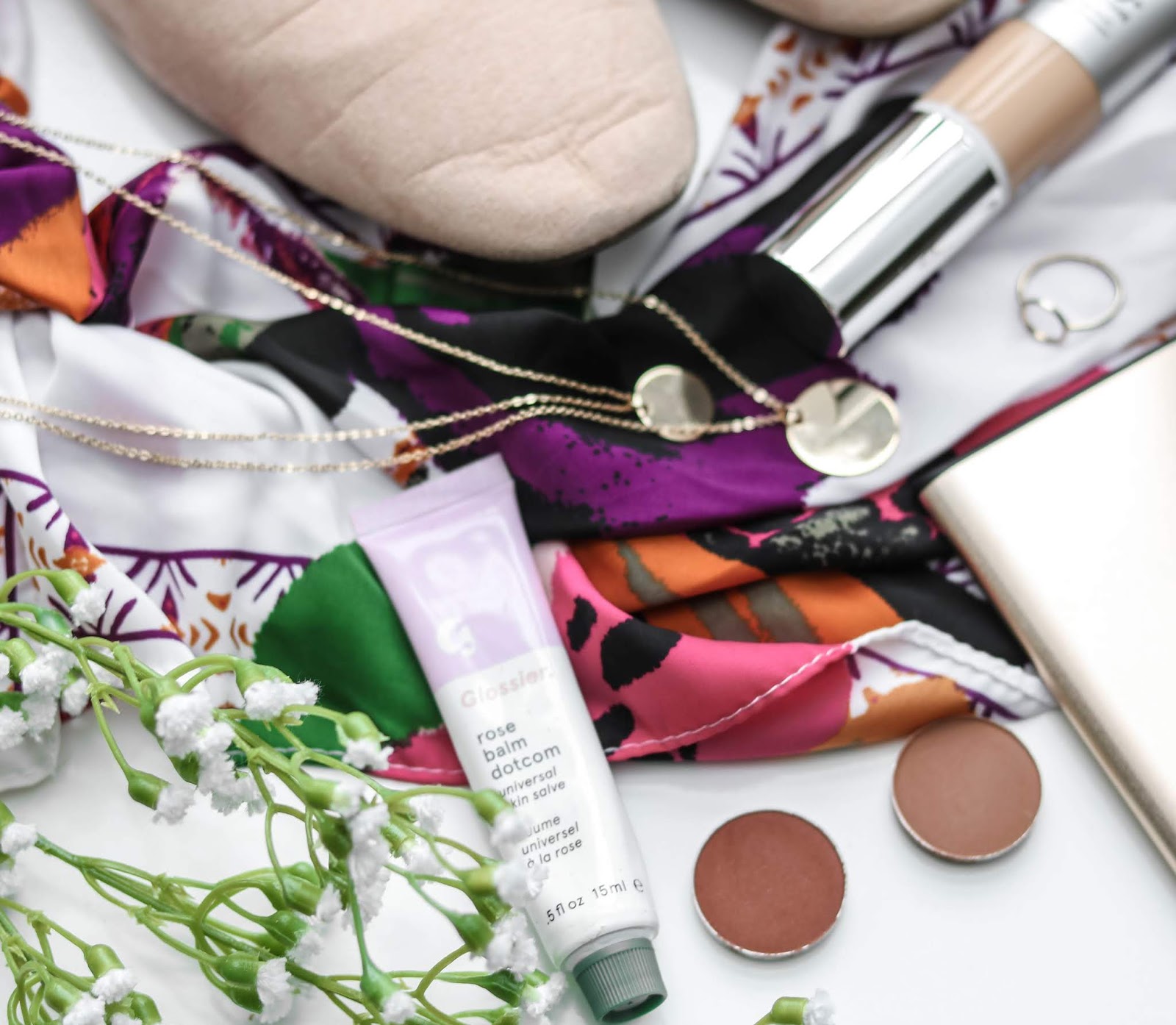 This category has quite a few entries, so I thought I would just give you a quick bulleted list so to not bore you with my in-depth analysis of character development, plot holes and guitar solos. I understand that not everyone enjoys that as much as I do. 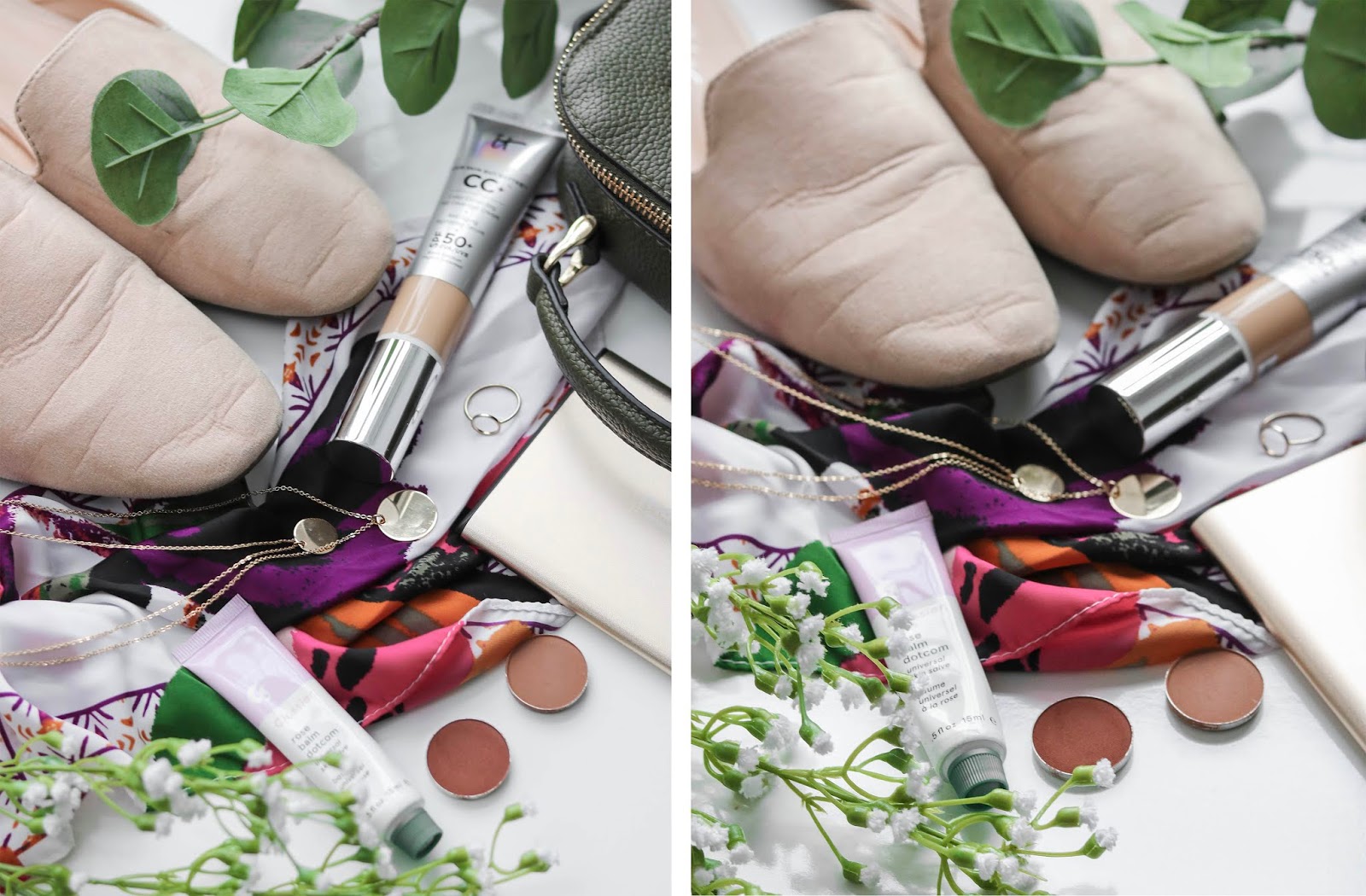 Rather a lengthy list, but I’m happy with it. I think that it’s super important to take in the little things and remember that when everything else sucks, there is always something that can bring a bit of joy.