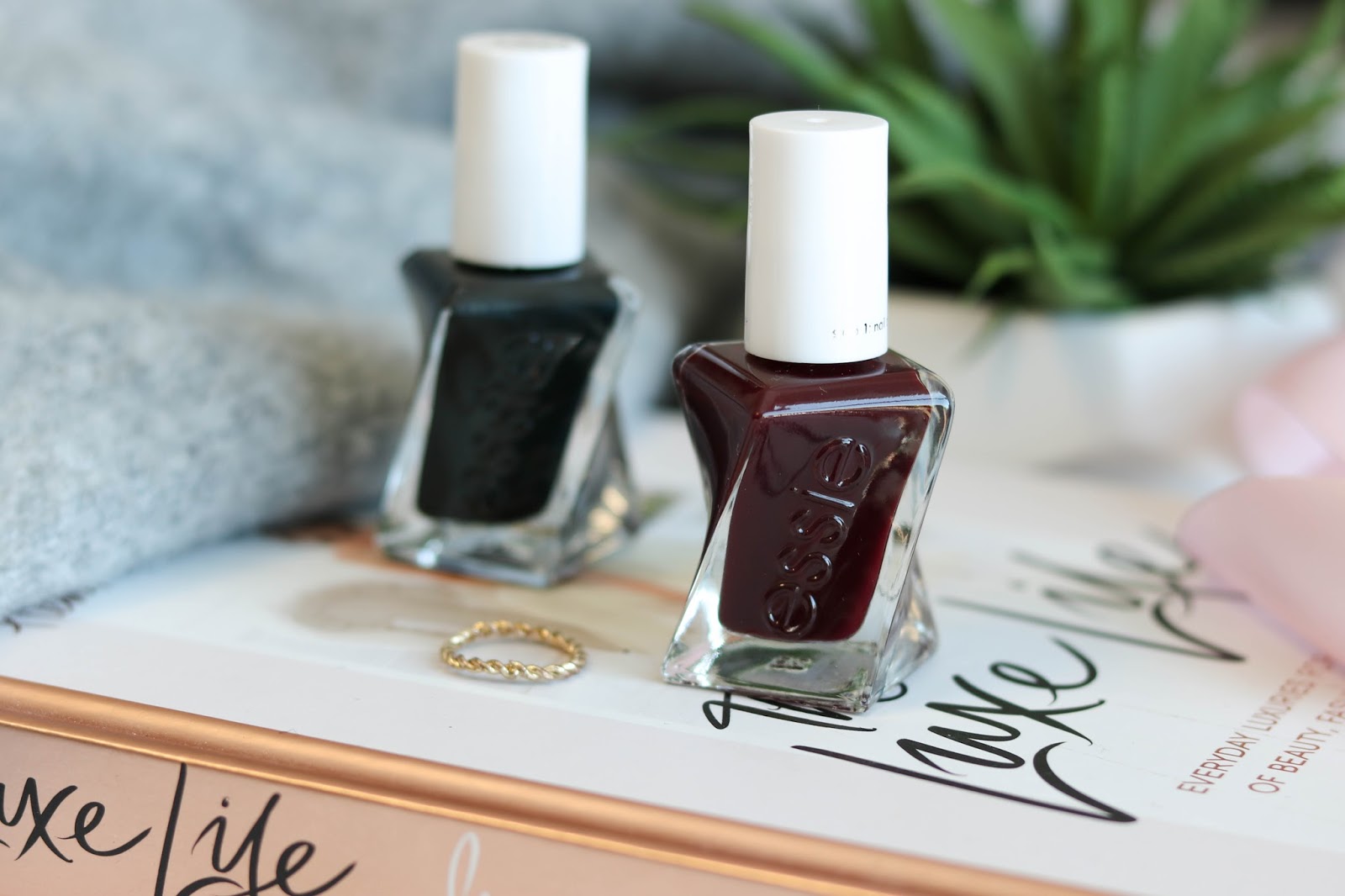 I am a lover of winter, but as of late, I’m beginning to hate the cold. I recently moved to the south, and there is a common misconception that the south doesn’t really experience “winter”. Let me tell you, that is wrong. It does, and I am cold. I can genuinely say that the coldest I have ever been is the south in 40 degree winter. That doesn’t sounds cold, but combined with the wind and the absolute bone-chilling humidity, it’s a nightmare of shivering. Maybe I’m being a baby (I’m not) but seriously this cold is being unreasonable. Everything’s dry and gross and just no. I’ve used too many bottles of hand lotion to be considered okay and it has done pretty much zero to help my skin out. Unfortunately, when I’m subjected to severe cold, my nails get extremely fragile and brittle and become a problem. The only way I’ve found to keep them semi happy is to keep them them painted as much as possible. The polish acts as a sort of protectant, which is helpful, but painting my nails so often goes against every secret lazy bone in my body. I genuinely have never really understood painting nails. The idea that I spend the amount of time, energy, concentration and sometimes money on something that I usually screw up is very ridiculous and slightly infuriating. I still do it though, I still do it.

I’ve never been one to conform to the seasonal color ideas, simply because I wear the same three colors year around with little variation: black, white and grey. I’ve always preferred to have more neutral tones on my nails, baby pink being a reoccurring favorite over the past couple year, but as of late I’m trying to branch out more. Now let’s keep in mind, baby steps… 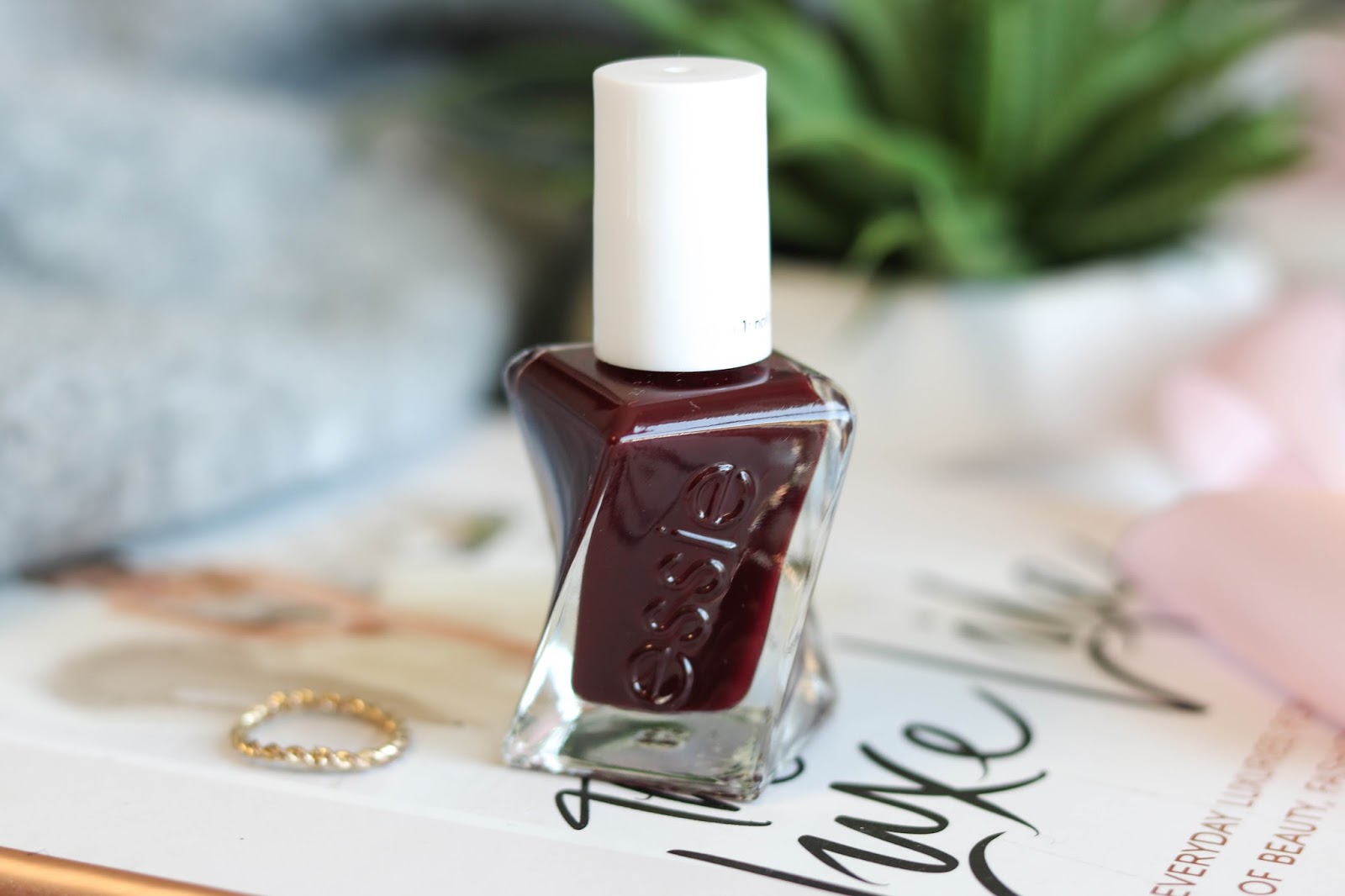 Essie Gel Couture in Spiked With Style:
I purchased both of these nail polishes right around Christmas, so I was slightly influenced by the festive period and it’s associated colors. I own one other red nail polish, that I’ve worn a grand total of once during the last Christmas season. Thinking about it now, I find that statement rather odd because red is one of my favorite colors and I think it rather suits my skin tone. I don’t really know why I’ve strayed from it for so long. Moving on, I am already a lover of the Essie gel polishes, and so when I say these had this shade, which I would dub the perfect subtle Christmas red, I added it to my basket. Now I’m well aware that Christmas is long over with (boo) but that doesn’t mean it’s now illegal to rock a red. The polish still emulates that perfect deep berry red that fits into the winter color bracket so well! 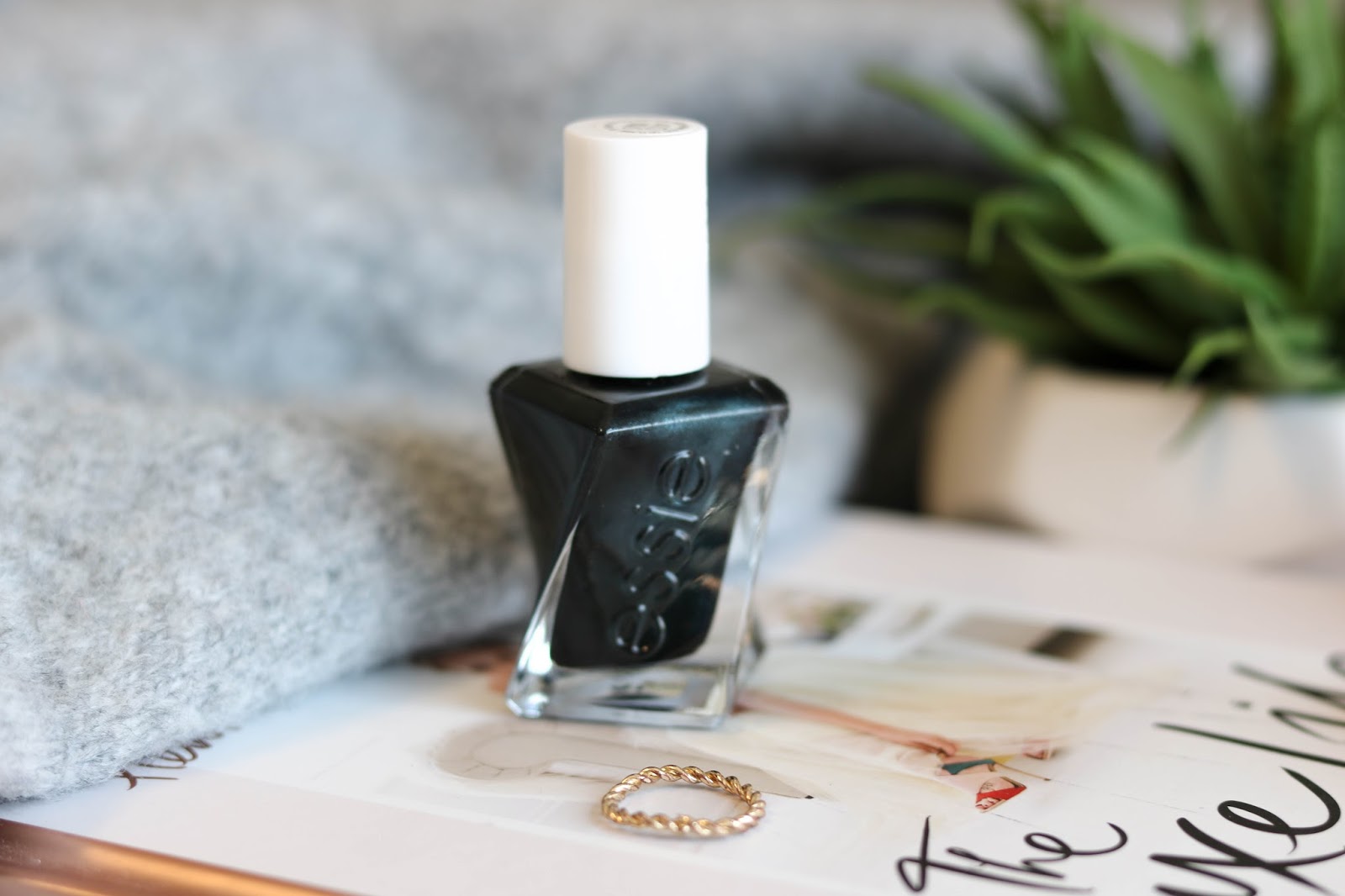 Essie Gel Couture in Hang Up The Heels:
The only way I can truly think to describe this nail polish is as having an identity crisis. When I bought it, I thought the polish was a very dark green. When I got it home, I thought it was dark blue. When I finally out it on my nails, I thought it was black. To say I was confused would be a massive understatement. This polish has holographic glitter, which causes the color to change and shimmer in different kinds of light. While I’ve finally come to the decision that the polish is green –I’m about 87% sure– I really like that the changing colors kind of keep me on my toes. 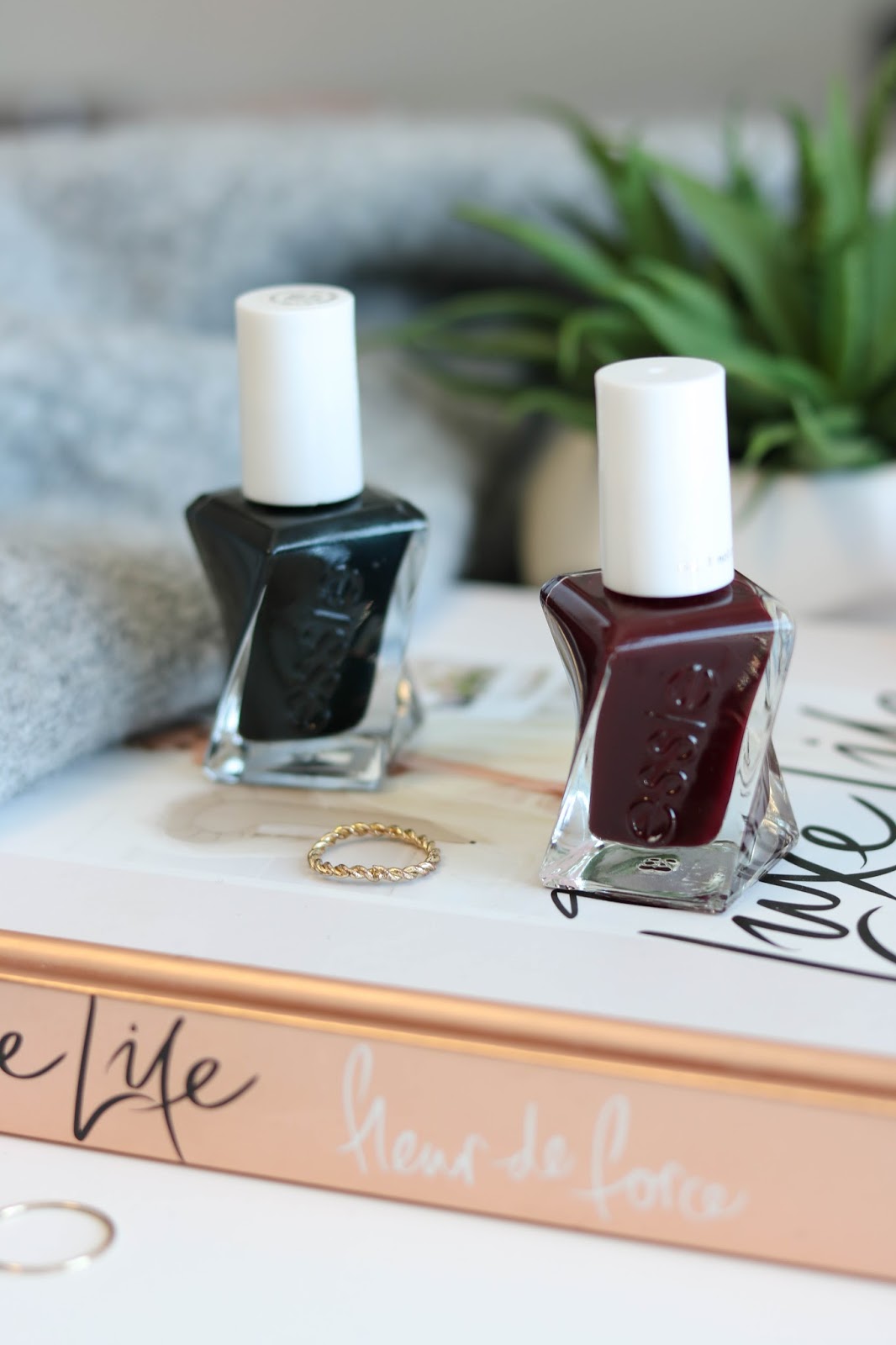 As mentioned before, I am an advocate for Essie gel polishes, simply because I think they’re the best at what they do. While regular Essie polishes are good, the gel line is better. I can be quite rough with my hands, and especially during the cold months, my nails endure a lot. The Essie gels are the only nonprofessional nail polishes that will actually hold up on my nails. I can go about two week without chipping, which in my life, is about as close to a miracle as I’m going to get. The polishes endure the cold well, and the even do a great job of protecting my fragile nails. If you’re on the hunt for a new polish or two, check out the Gel Coutures!

Have you used any go the Essie Gel polishes?